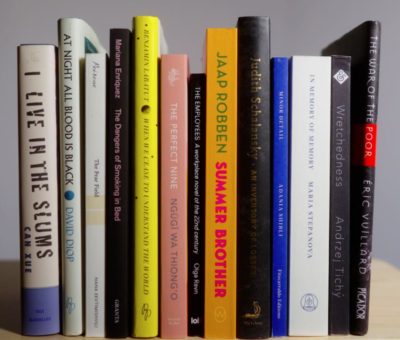 The longlist for the 2021 International Booker Prize for translated fiction has been announced.

The 13 longlisted titles are:

The shortlist will be announced on 22 April, and the winner on 2 June. For more information about this year’s longlist, see the Booker Prize website.