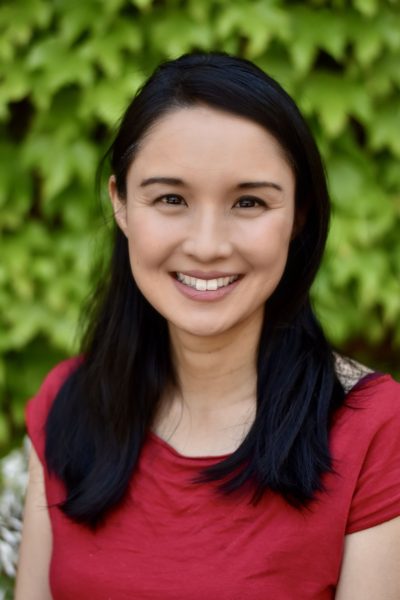 Alice Pung on ‘One Hundred Days’

One Hundred Days (Black Inc., June), Alice Pung’s first novel for adults, is described as a fractured fairytale about 16-year-old Karuna, who is locked in her family’s housing commission flat when she falls pregnant. Reviewer Marina Sano writes that One Hundred Days is a heartachingly personal story about love and motherhood that also expertly explores themes of classism, racism and sexism. She spoke to the author.

I adored seeing a mixed-race main character in this book—I thought it was really well done. Why did you choose to have Karuna’s family background be the way it is?

Thank you Marina—what a relief and joy to read that sentence! I wanted to explore that something ‘extra’ that we imbue in mixed-race children. Even Karuna’s own parents do it, with her mother’s singular focus on her beauty and her father’s pride over his exotic daughter. However, you notice that Karuna doesn’t really make a deal of her physical self except as a vehicle for agency and autonomy. That’s just because we are just who we are: she doesn’t wake up every morning thinking about being Asian–Australian. The only times it’s drawn to her attention is when other people highlight the difference, positively or negatively.

Karuna’s family is a reflection of the background of a very common working-class Australian family. Growing up in the Western suburbs of Melbourne mixed marriages were, and are, so common as to be ordinary—Vietnamese–Greek, Italian–Chinese, Croatian–Cambodian. No-one congratulated themselves for falling in love ‘diversely’. They just fell in love, and dealt with the differences as best as they could.

Karuna is 16 years old, but One Hundred Days tackles some very adult topics. Why did you decide to make Karuna as young as she is in the book?

Sixteen-year-olds (and even younger teenagers) fall pregnant and are suddenly thrust into adult responsibilities; but because they are minors, they are still under the absolute legal guardianship of their parents and other adults. I wanted to explore what happens when that 16-year-old is better educated, physically stronger and arguably better equipped to navigate the new world her child is born into, except that her Old World mother won’t let her.

A main theme in the story is the difficult relationship between Karuna and her mother. Although their love is reciprocal, it can be so hard to understand that. Do you have any advice for mothers and daughters in a similar situation?

When a parent equates their control—and your obedience—with love, you’re like a sapling that’s always in the shadows because the big tree thinks it needs to protect you and doesn’t realise it’s blocking out your sunlight. As a daughter, this is something I have been grappling with my whole life too. I have two young boys and a five-month-old daughter, and the very best piece of parenting advice I received came from my friend Margaret, who said that parents were free to use whatever method they wanted but had to understand the consequences; and that one day your child is going to be bigger than you, smarter than you, and more powerful than you. And I thought, these are all things to be desired than to be feared in my children, and if they are things to be feared then it is a parent’s fear of retaliation. And why would our children, instead of living their own lives, feel a need to retaliate, unless we have done something to squash their spirits?

Were there any stories or media that inspired or influenced you to write One Hundred Days?

About four years ago, my editor was very excited to read the basic plot to One Hundred Days—about the young girl, trapped in the tiny commission flat, getting bigger by the day, a kind of fractured fairytale.

Then the pandemic happened last year, we in Victoria were all locked up for more than a hundred days, and the residents of the housing commission flats were unjustly maligned. And I thought, Crap! People are going to think that instead of having painstakingly tweaked each word in place over four years and three children, I have written a Covid book.

So it has been an enormous relief to know that my early readers have seen these superficial coincidences as completely incidental to the story I am trying to tell—and, if anything, readers have become more sympathetic to Karuna’s plight as they would have all experienced this feeling of being trapped between four walls for themselves.

As an Asian–Australian woman, how have you found your experiences related to race in the publishing industry?

I have a wonderful editor, Chris Feik, who discovered me 20 years ago and who continues to be my editor for every book. His motto as an editor is the same one doctors take, to ‘do no harm’ (to the voice). You see this in every book he edits. So I am very lucky that I’ve been able to develop this voice over two decades, to wherever it may take me.

But in terms of representation, I often see characters like me (Asian, refugee background) portrayed by sympathetic non-Asians in a very two-dimensional way, with our only flaws being that we are too hardworking! However, in this industry things are changing for the better, I think, with a greater recognition for Own Voices, and the Next Chapter fellowships.

Tiger Daughter by Rebecca Lim (A&U), and The Coconut Children by Vivian Pham (Vintage), and Melting Moments by Anna Goldsworthy (Black Inc.)—the Australian story told through different eras and different eyes. All those books deserve multitudes of recognition for their skill, heart and beauty.