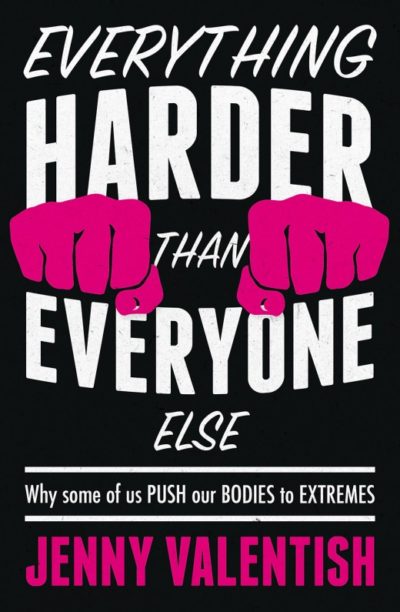 Everything Harder Than Everyone Else (Jenny Valentish, Black Inc.)

Don’t be fooled by the Motörhead-inspired title: journalist Jenny Valentish’s latest work of nonfiction isn’t about music but is instead an accessible deep dive into extreme bodily endurance. A spiritual sequel to Valentish’s 2017 memoir Woman of Substances, which examined women and substance abuse through the lens of Valentish’s own struggles with drugs and alcohol, Everything Harder Than Everyone Else charts what happened when Valentish got sober and subsequently took up martial arts in her 40s. Valentish’s thesis that people who are inclined towards extreme behaviours are likely to replace one extreme activity with another—for example, taking drugs with running ultramarathons—is the catalyst for a wild and page-turning ride through subcultures including bodybuilding, performance art and pro wrestling. In an effort to understand why some—including herself—are driven to push their bodies to the limit, Valentish canvasses an array of memorably drawn characters, from a man who will eat literally anything to a porn star turned cage fighter and a ballet dancer forced to retire before her time. Valentish’s open and self-reflexive style of reporting is well suited to the provocative subject matter; she narrates each scenario respectfully and without judgement. The author’s enthusiasm for and deep research into the topic shine through, and she tempers the more confronting moments with candour, humour and self-deprecation. Like a Louis Theroux documentary, Everything Harder Than Everyone Else is an eye-opening exploration of unconventional lifestyles and the people who live them. It is a rollicking and insightful read for both enthusiasts and the simply curious.

Kelsey Oldham is an editor at Books+Publishing.