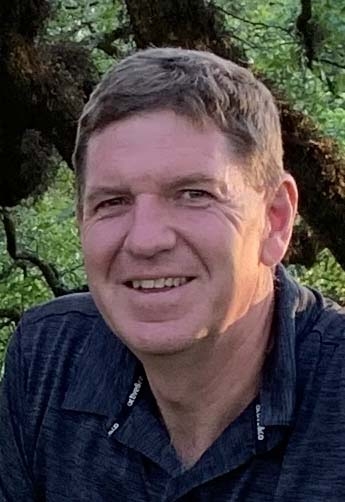 Cameron Nunn on ‘Echo in the Memory’

The historical YA novel Echo in the Memory (Walker, June) took author Cameron Nunn 10 years and a PhD in the history of child convicts to write. The book features a dual narrative, relaying the struggles of two teenage boys, 200 years apart. A story about identity, belonging and how the present cannot exist without the past, Echo in the Memory is meticulously researched and will make for a valuable classroom resource, according to reviewer M H Alessandrino. They spoke to the author.

You have a PhD in child convicts and previously won a NSW Premier’s History teacher’s scholarship to research child convicts in the archives in London. What drew you to this aspect of Australian history and did you think it would result in a book?

The draft of the book came first. I originally wrote the book about 10 years ago. The publisher liked it but raised questions about the authenticity of the convict voice. I knew very little about child convicts and that was clearly evident. When I spoke to some other authors who had used child convicts, it became clear that historical accuracy was often of lesser importance to them than the intent to tell a good story. So, I began researching and that research accidentally led me into a PhD. What became obvious was that my original story not only had an unconvincing voice but lacked historical credibility. I withdrew the manuscript and when I finished my PhD, I began rewriting the entire novel.

You undertook extensive research for Echo in the Memory, drawing on court records and transcripts of interviews with young convicts. How did you approach turning that research into a work of historical fiction and how did you know you had enough information—was it hard to know when to stop researching?

That the boys’ voices have carried through history is remarkable. Had it not been for a magistrate, William Augustus Miles, interviewing boys on the convict hulk The Euryalus in the 1830s for an obscure parliamentary commission, then their voices would have been lost. Remarkably, his verbatim notes, scrawled on bits of paper, found their way into the archives at Kew, in London. There are more than 100 interviews, though some are only fragments. Because they are verbatim, their voices are full of life. I transcribed each one over two trips to London. I read them aloud again and again until I could get a sense of their phrasing and speech. The biggest challenge is the boys often speak in cant. That doesn’t translate into contemporary young adult fiction, so I had to rely on some more reliable markers, such as the varied use of the verb ‘to be’. A few times the publisher asked me to drop certain slang terms or ensure they were explained in the context of the sentence. My favourite aspect of the novel is the way that the boy speaks. I don’t think I’ll ever stop researching.

In Echo in the Memory you tell the story of two adolescents existing almost 200 years apart. How hard was it to switch between two voices? Did you shape both stories separately and then bring them together or did the characters’ stories unfold together as you were writing?

Jumping between voices was really hard. Every now and then Will would break into 19th-century phrasing. Equally challenging was jumping between first and third person. More than once, I found myself writing the modern narrative in first person. However, they were written and re-written in the order of the book.

Identity, belonging and a sense of home are strong elements explored throughout the book. How important were these themes in bringing your characters to life?

Very important. I had lots of photographs of the places that I was writing about and I’d often turn to the pictures to try and build a sense of place. There had to be a strong sense of character in the landscape. The landscape is a time-traveller like the pipe, the book and the hands in the cave. I keep a broken penny pipe on my desk to remind me that we are all tied to the past.

What advice would you give to other writers working in the area of historical fiction for young adults?

Historical fiction has to be good history. If you are telling the nation’s history to young people, tell it properly. We have some amazing YA writers who unfold history with great accuracy while telling wonderful stories: Jackie French and Catherine Jinks spring readily to mind. It can be done well. However, most child convict stories are works of entertaining fantasy. The difficulty for a historian is to balance out the need to tell a good story and not simply present a history lesson. There were a couple of times when I had to bend historical or geographic accuracy in order to get the story to work but I’ve done my best to make it as historically accurate as possible. There were also times when I couldn’t help myself adding bits of historical trivia, simply because I thought it was interesting rather than anything to do with the story. Perhaps because I came to the history after laying down the story, I was aware of not letting the history overpower the need to still create an engaging narrative.

Tara June Winch’s The Yield (Penguin). She is a writer who knows how to create voice. I loved the conceit of the dictionary to provide the story of the Aboriginal past. As such a skilful Indigenous author, Winch creates Aboriginal voice in a way that I can’t as a non-Aboriginal person. Part of my story focused on the brutality of Aboriginal dispossession. Because members of my family are Wiradjuri, this became an important element for me. I tried creating an authentic Indigenous character but I quickly realised that I was being tokenistic and trivialising their response to the massacres that took place.