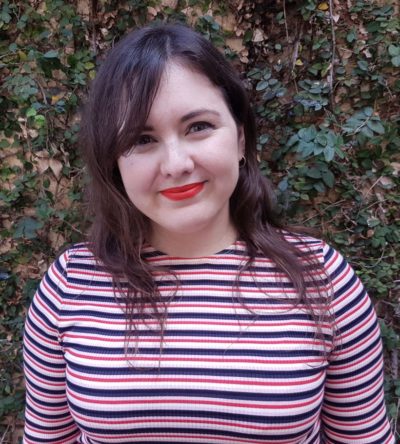 Sophie Overett on ‘The Rabbits’

Sophie Overett’s debut novel The Rabbits (Vintage, July), winner the 2020 Penguin Literary Prize, is a magic realist family saga centred around Delia Rabbit, a mother dealing with trauma from her past on top of the disappearance of her 16-year-old son. Reviewer Bec Kavanagh says Overett has crafted a taut literary narrative that dips comfortably into multiple genres including crime and suspense. She spoke to the author.

You’re incredibly restrained in your use of the superpowers in The Rabbits—pushing them just enough to add a sense of the surreal without sending the novel into the realm of comic books. What inspired this element of your book?

Thank you so much! I’m actually a big fan of science fiction, fantasy and superhero stories broadly, but I find I’m most inspired by magical realism that plays with the surreal yet keeps that surrealism rooted in reality. I love the way magic can be used to deepen themes and tropes, enrich character arcs, breathe life into settings and places, but most of all, make the internal external. Some of my favourite authors do that masterfully—from Isabel Allende to Karen Russell, Julie Koh to Kelly Link—and I wanted to try to emulate some of the spirit and energy that they bring to their stories, and let it catch in the heat, the humidity, the strangeness of suburban Brisbane life.

What have you changed about the novel since winning the Penguin Literary Prize for the manuscript?

The editorial experience since winning the Penguin Literary Prize has been a pretty incredible one! Funnily enough, I think most of the changes have been made in two areas—subplots and rhythm, both of which have been changed with the help of my two wonderful editors, Meredith Curnow and Melissa Lane. The changes to the subplots haven’t been too drastic, but I think they’ve really helped to allow those storylines to be fully realised in ways that enrich the connections between smaller characters. As for the rhythm, I have a tendency to be a bit verbose, and I think tightening up the prose overall has helped to create a real sense of pace amidst the ebb and flow of the story overall. They’re definitely editorial lessons I’ll be taking with me to future stories!

Do you think women like Delia Rabbit—who are forthright in their sexuality, who don’t find motherhood a natural fit, who have hopes and dreams for themselves beyond domesticity—are more socially accepted now, or do they still battle the stigma of expected gender roles?

I’d say yes and no. It’s a really interesting conversation to have because I think womanhood and motherhood frequently are viewed in isolation when they’re really influenced by many other social and cultural factors—particularly things like class, race and environment. Delia’s a white, middle class, Australian woman, so in a lot of ways she’s in a privileged position, and I think there’s more elasticity in what’s socially acceptable for her than, say, if she were part of a lower socioeconomic community. That said, I do very much think there’s a broader sort of social and political ownership and policing of women still, particularly when they’re mothers, and, interestingly, I do think some of the gatekeepers of this are women. Looking at the comments on any tabloid or media website is a pretty quick (and tragic!) way to reaffirm that.

How did you go about crafting a character that couldn’t be seen by others in the novel? Was it challenging to keep his presence realistic?

It was challenging initially, yes! When I started writing it, I really drew inspiration from Harry Potter and The Hobbit but that ended up changing pretty quickly. The association of invisibility with an object that could be put on and taken off— a cloak and a ring—was something I loved but didn’t feel right for this story, where invisibility is something that is tied so intrinsically to characters and connection. I ended up looking at a few different things but the biggest touchstone was the 1933–1948 film series The Invisible Man. While it’s experiment-based, it also played around a lot with the parameters of invisibility and I really liked its use of objects not to conceal, but to reveal. It used things like bandages, sunglasses, footprints, cigarette smoke and floating objects to communicate, and it was something I loved to think about and reimagine in the context of this story, particularly through post-it notes, computer keyboards and a slowly turning office chair.

What’s your superpower of choice?

My dream superpower has always been teleportation. The idea of being able to blink and find myself across rooms, town, state lines and countries is pretty magic—although I can only imagine the havoc something like that would wreak during a pandemic, so I’ll also say telekinesis instead. Moving things with your mind feels like something that would be extremely useful!

I recently read Clint Smith’s poetry collection Counting Descent (Write Bloody), which I was incredibly moved by. He has a sense of rhythm and wordplay that leaps off the page and he writes in a way that’s extremely evocative of family, place and shared and individual trauma. (You can see him read the title poem on YouTube here.) I also just started reading Rebecca Giggs’s Fathoms: the world in the whale (Scribe), which I can already tell is going to be a favourite.