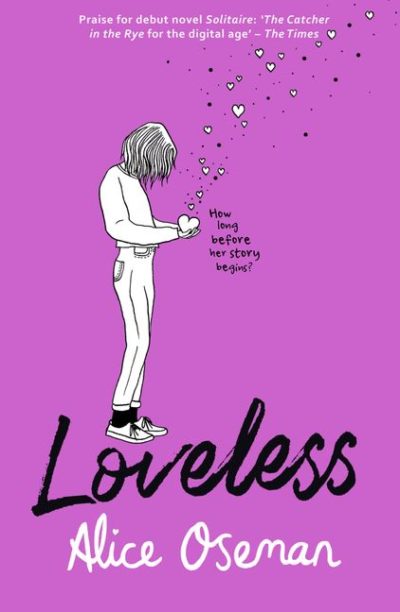 Alice Oseman has won the Bookseller’s 2021 YA Book Prize for Loveless (HarperCollins), a ‘joyful’ coming out story about a romance-obsessed teenager who realises she is aromantic and asexual.

Loveless tells the story of Georgia, who heads to university ready to find romance. When her attempts to form a romantic relationship wreak havoc among her friends, she starts to question why love seems so easy for other people but not for her. As new terms are thrown at her—asexual, aromantic—Georgia becomes more uncertain about her feelings than ever.

Judge and director of Brixton inclusive bookshop Round Table Books Layla Hudson said: ‘I’m over the moon that Loveless has won the YA Book Prize this year. It has enabled so many aromantic/asexual readers to be seen within its pages, as well as being a book about the true meanings of friendship and the sometimes messy stage of going to university and growing as a person. It’s a book that will certainly be cherished, and one that readers will read again and again.’

Loveless has sold 7274 copies in the UK through Nielsen Bookscan since it was published last July. The novel, chosen from a shortlist of 10, was announced as the winner of the £2000 (A$3570) prize in a digital announcement on 6 May.

The YA Book Prize was launched by the Bookseller in 2014 to celebrate young adult books from the UK and Ireland. For more information about the award, see the website.