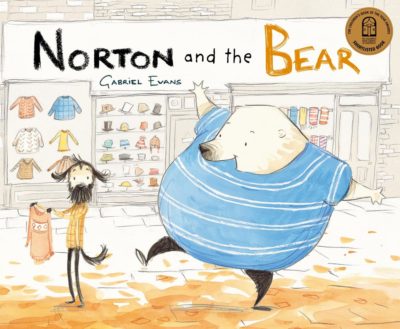 The world is starting to take notice of Windy Hollow Books. Last year the Melbourne-based small press won the Bologna Prize for the Best Children’s Publisher of the Year in the Oceania region, with the award’s organisers praising the publisher’s ‘high quality illustrated books’ and collaborations with established and emerging artists. The Bologna Prize—which publisher Cristina Pase said at the time was likely to ‘help open many doors for us internationally’—follows Windy Hollow’s first North American sale in 2019, with its picture book Ivy Bird (Tania McCartney, illus by Jess Racklyeft) selling to Blue Dot Books.

This year, Pase is particularly excited to be pitching All Dogs Bark by Catherine Meatheringham and Deb Hudson, which examines different dogs and their barks all around the world. ‘This book has a great international flavour to it, which we hope will appeal to a foreign rights market,’ says Pase. ‘It also represents the joy and positivity we like to bring to our books. We try to focus on stories that are fun and child-centred while also having subtle opportunities for learning.’

Fellow Melbourne-based small press (and Bologna Prize winner in 2017) Berbay Publishing has built an impressive list of local and international children’s books over the years. The publisher has also sold many of its titles overseas, most notably the ‘Heads and Tails’ series by John Canty and paper-cut artist Chihiro Takeuchi’s picture books.

‘Berbay achieves what at face value seems to be a paradox; that is, creating books with universal appeal but also books that are unique and stand out amongst others,’ says marketing and PR manager Ellie Clitheroe.

One of the highlights on Berbay’s current list is Gabriel Evans’ Norton and the Bear, which has been shortlisted for the Children’s Book Council of Australia Book of the Year Awards. ‘This picture book taps into every child’s least favourite form of admiration—copying. Gabriel has a real gift for speaking to kids about their worries in a way that is engaging and full of humour,’ says Clitheroe.

Fremantle Press’ picture books have also found favour with international publishers, with overseas sales for Morgan’s board book I Love Me (illus by Ambelin Kwaymullina), Moira Court’s Antarctica, and Kelly Canby’s picture books The Hole Story, Rodney and Littlelight, among others. This year the publisher has high hopes for Court’s At the Dog Park, which ‘captures all the fun and diversity of the dog park’, with illustrations created from layered woodblock prints, screen-printing and collage, and Shine by Danny Parker and Ruth de Vos, which follows a large family through their day and ‘celebrates the beauty and joy of everyday family life’.