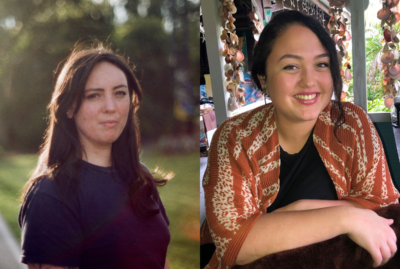 The 2021 black&write! fellowships for Aboriginal and Torres Strait Islander writers have been awarded to Susie Anderson and Tylissa Elisara. Each fellowship is worth $10,000 and includes editorial development from the State Library of Queensland’s (SLQ) black&write! editorial team, and consideration for publication by Hachette Australia.

Anderson, who is descended from the Wergaia and Wemba Wemba peoples of Western Victoria and currently lives on Boon Wurrung land in Melbourne, was awarded her fellowship for ‘the body country’, a poetry collection that explores land, memory, love and art. Her work has been widely published online and in print, in publications such as Archer magazine and Growing Up Aboriginal in Australia, and in many poetry anthologies. Anderson was previously highly commended for a black&write! fellowship in 2019.

‘Over the summer of 2020–21, I was encouraged to submit again by the competition organisers, so I opened up the old entry and reread it,’ said Anderson. ‘With time and space, I could more clearly see threads and connections between the different sections that I hadn’t seen before … There’s still work to be done, but I feel that this reworked collection with its old and new pieces shows the breadth of my writing and uses different voices and characters to reflect on themes of place, culture, memory, loss and love. I feel really proud that I gave the work time to get to this place and that I didn’t give up on them.’

Elisara is a children’s social worker who lives and works on Gimuy Walubara Yidinji land in Cairns. She descends from the Narungga, Kaurna and Adyamathanha people of South Australia and was born and raised on Mamu Country in Innisfail, Queensland. Inspired by the classic children’s books Winnie the Pooh and Fantastic Mr Fox, ‘Wurrtoo’, Elisara’s winning manuscript, follows a a wombat who is in love with the sky. On his journey to reach the sky, Wurrtoo meets friends including Kuula the Koala and connects to the animals he’s avoided for many years.

Elisara said: ‘Winning the black&write! fellowship … was everything I could have hoped for and more. To be validated for my writing, and to perceive it as a potential career was just mind-blowing. It may seem cliche, but even the stars seemed different that night [I received the call]. Like I was looking at them through a new lens: one of hope and purpose. I felt I could literally touch them if I wanted to and now back in the real world, I still don’t think I’ve fully processed it all.’

The judges also announced four highly commended entries. They are: