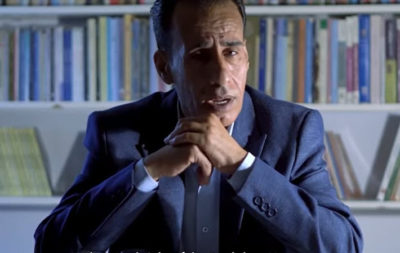 Jordanian poet and novelist Jalal Barjas has won the International Prize for Arabic Fiction for his novel Notebooks of the Bookseller (Arabic Institute for Research and Publishing).

Barjas receives US$50,000 (A$79,250) and funding for the English translation of Notebooks of the Bookseller, which is set in Jordan and Moscow between 1947 and 2019, and tells the story of Ibrahim, a bookseller and voracious reader who loses his shop and finds himself on the street. Ibrahim, who experiences schizophrenia, assumes the identities of the protagonists of the novels he loved to commit a series of crimes of burglary, theft and murder.

The judges said of the novel, ‘sometimes pacy, but often slow and rich in detail, it paints a gripping picture of social and psychological fracture writ large’.

‘Evoking times of unprecedented change, incipient corruption and simmering turmoil hissing away in the background, Notebooks of the Bookseller reflects on the lives of those who have been left behind in an alienating and expanding city landscape, mercilessly displacing the intimacy of olden times and the obligations of time-honoured norms.’

The award, now in its 14th year, is run by the Booker Prize Foundation in London and is sponsored by the Abu Dhabi department of culture and tourism. For more information see the prize website.