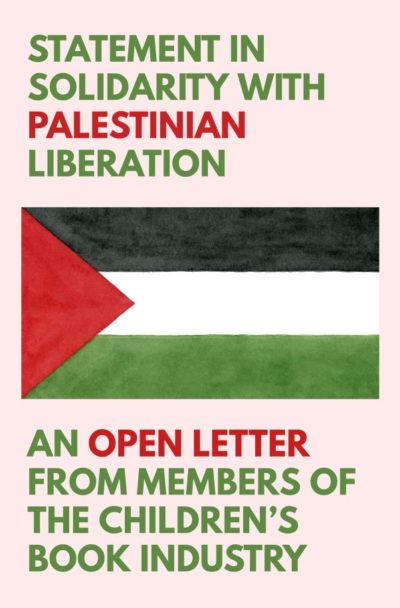 Almost 300 publishing professionals, authors, illustrators and others with a connection to the children’s book industry have signed an open letter in support of Palestinian liberation since it was posted online on Thursday, 27 May.

Created by artist and writer Matt Chun with Alyson O’Brien, who is associate publisher at Hardie Grant Children’s Publishing, and Tess Cullity, who works as an editor at Scribble, in consultation with Palestinian activists including Sara Saleh, the letter states: ‘We note the enthusiasm with which the children’s literature industry mobilised in the wake of the Black Lives Matter protests of 2020, releasing statements of solidarity while creating new imprints and publications for justice.’ In contrast, the authors write, ‘the industry has largely maintained its silence’ on Israeli attacks on Palestine.

‘We understand that witnessing and naming plays an important role in change-making. What we are witnessing is called genocide. With this letter, we hope to normalise this conversation within the publishing industry, the wider arts community and beyond; shifting us closer to a tipping point, and to Palestinian liberation.’

‘In addition to those directly involved in the production of kid’s/YA literature, I’ve been really encouraged to see the signatures of booksellers, librarians, reviewers, educators, comic artists, and many more,’ Chun told Books+Publishing, noting that he also hopes to see people ‘making public statements and commitments outside of the letter, and ideally tangible action in terms of publishing outcomes’.