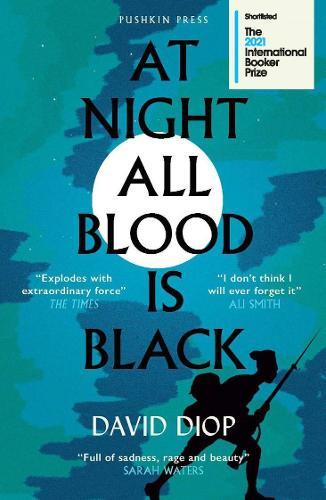 French author David Diop has won the £50,000 (A$91,400) International Booker Prize for his novel At Night All Blood is Black (trans by Anna Moschovakis, Pushkin).

The judges described At Night All Blood is Black as a ‘story of warfare and love and madness’ with ‘terrifying power’. It follows protagonist Alfa Ndiaye and his friend Mademba Diop, two of many Senegalese tirailleurs fighting under the French flag in the First World War. After Mademba is killed, Alfa devotes himself to violence and death, but soon begins to frighten even his own comrades in arms.

Diop’s novel was shortlisted for 10 major prizes in France, and won the Prix Goncourt des Lycéens, as well as the Swiss Prix Ahmadou Kourouma. It was chosen for the International Booker Prize from a shortlist of six.

The Man Booker International Prize is awarded to a book translated into English. The prize money is shared equally between the winning writer and translator, and each shortlisted author and translator will also receive £1000 (A$1800).