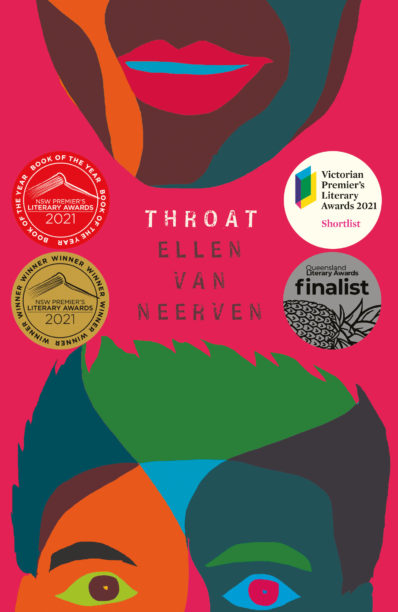 Throat, the second poetry collection by First Nations writer Ellen van Neerven (UQP), has been named book of the year at the NSW Premier’s Literary Awards, also picking up prizes for poetry and multicultural writing. Van Neerven’s ‘explosive’ collection ‘shines a light on Australia’s unreconciled past and precarious present with humour and heart’.

Other major award-winners in recent months include Julia Baird’s nonfiction book Phosphorescence (Fourth Estate), which was judged the overall winner at this year’s Australian Book Industry Awards (ABIAs); Pip Williams’s debut novel The Dictionary of Lost Words (Affirm), which was named book of the year at the Indie Book Awards; and Evie Wyld’s third novel The Bass Rock (Vintage), which won the Stella Prize for women’s writing.

The longlist for the 2021 Miles Franklin Literary Award was announced in May, and includes several first-time novelists.