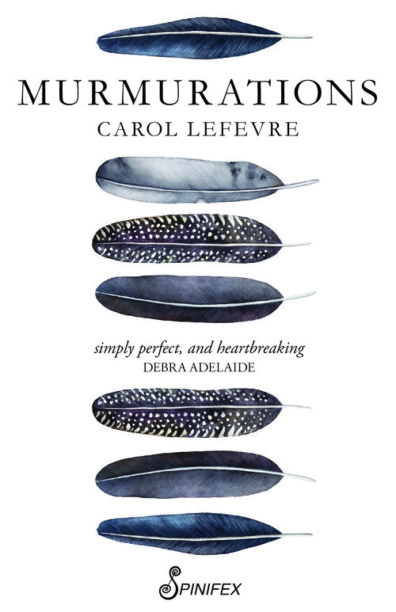 Independent and international: Spinifex Press, Big Sky and Exisle on their latest titles and rights successes

Australian feminist publisher Spinifex Press has had a presence on the international scene—selling translation rights, publishing co-editions and translating books into English—since it first launched 30 years ago. It’s one of the many ways in which the small press has been ahead of the curve.

‘Our books contribute to the discussion of issues often long before they become mainstream,’ says co-founder Susan Hawthorne. ‘For example, diversity is a current buzz word, but few publishers actually do diversity. We have done so throughout our existence. We publish books that reflect the interests of multicultural, Indigenous, disabled, lesbian and multilingual readers.’

Spinifex currently releases around eight books a year. This year, Hawthorne will be busy pitching its 2020 and 2021 lists to international publishers—including its 30th birthday book, Not Dead Yet: Feminism, Passion and Women’s Liberation, edited by Hawthorne and her Spinifex co-founder Renate Klein. The 450-page tome collects contributions from legendary feminists—all aged over 70—from around the world. ‘We’d love to get translations, but at that length, we can only hope,’ says Hawthorne.

Fiction highlights from Spinifex’s recent lists include Carol Lefevre’s ‘exquisite novella’ Murmurations, which was shortlisted for the New South Wales Premier’s Literary Prize; Sarah Brill’s Symphony for the Man, a novel about homelessness in Sydney for which film rights have already been optioned; and The Kindness of Birds, a series of interlocking stories set in Australia and the Philippines by the multi-award-winning author Merlinda Bobis.

Among the publisher’s recent rights sales are Surrogacy: A human rights violation by Klein; Bibliodiversity: A manifesto for independent publishing by Hawthorne; The End of Patriarchy by Robert Jensen; and Unity Dow’s novel The Screaming of the Innocent. ‘We have always been successful in selling rights,’ says Hawthorne. ‘We have eighty-two translations of thirty-nine titles into twenty languages.’

When Big Sky Publishing decided to branch into adult fiction last year, after publishing adult nonfiction and children’s books for the past 16 years, the company began with a selection of historical fiction titles—‘allowing some of our extremely talented nonfiction authors the ability to be creative,’ says owner Denny Neave. The move has paid off. The publisher has just recorded its best revenue results in its 16 years, while its highest selling title in 2020 was its fiction debut: Hitler’s Brothel by Steve Mathews.

Big Sky is also seeing the benefits of employing a dedicated rights manager. In the past 12 months, the publisher has sold international rights to multiple titles, including UK rights to its historical nonfiction titles Bombs and Barbed Wire by Jeff Steel (July 2021) and Tragedy at Evian by Tony Matthews; Hungarian, Czech and Italian rights to Hitler’s Brothel; and Korean rights to its picture book series ‘Ginnie & Pinney Learn & Grow’.

This year, Big Sky is embarking on its biggest publishing program yet, with its list growing from 50 to 85 titles. In nonfiction, its focus remains on its traditional areas of expertise: general history, military history, Australiana, true crime, self-help and biography; while in fiction, the publisher is expanding its list to include its first action/thriller series ‘Matra-6’ by former SAS officer Russel Hutchings.

Neave is particularly excited to be pitching Big Sky’s budding fiction list to international publishers. Forthcoming highlights include the second book in Steve Matthews’ historical fiction trilogy, Hitler’s Assassins (October 2021), which re-imagines Hitler and his inner circle through the eyes of his personal cook; Tony Matthews historical novel Entombed (September 2021), inspired by the true story of a group of German soldiers who were trapped for six years in a storage bunker in Poland at the end of the Second World War; and The Overthinkers by Lisa Portolan and Ben Cheong (August 2021), a contemporary coming-of-age story that ‘depicts the embarrassments and excitements, horrors and humiliations, glories and defeats of a group of twenty something-year-olds’.

Like Spinifex, Exisle Publishing has been active in international markets for many years. Best known for its self-help, psychology and health titles, Exisle publishes under its own name in all English-language markets and sells translation rights and co-editions ‘as a major part of its business’, says foreign rights manager Lucy Wawrzyniak. It currently publishes around 35 new titles annually, including titles from its children’s imprint EK Books.

This year, Wawrzyniak is looking forward to pitching a ‘thoroughly updated 2nd edition of The Reality Slap by Dr Russ Harris’—one of the publisher’s biggest rights successes in recent years, along with Harris’ other book The Happiness Trap; Dr Toni Lindsay’s The Cancer Companion—‘a book that I think can really help patients and their families,’ says Wawrzyniak; and Karen Fisher’s cookbook The Healthy Skin Kitchen. Her children’s pick is the nonfiction book Tree Beings by Raymond Huber and Sandra Severgnini, an ‘adventure through the secret world of trees’, with a foreword from Dr Jane Goodall.