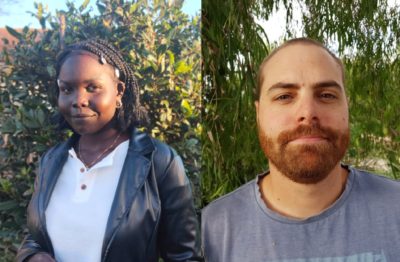 UWA Publishing (UWAP) has announced Kgshak Akec and Joshua Kemp as this year’s joint winners of the Dorothy Hewett Award for an unpublished manuscript, for their respective manuscripts ‘Hopeless Kingdom’ and ‘Strangest Places’.

This is the first time two winners have been selected for the award. Akec and Kemp were chosen from a shortlist of six, and will both receive a publishing contract and manuscript development with UWAP, with the $10,000 prize money to be split between the two winners.

The judges said Akec’s ‘Hopeless Kingdom’, which follows a family from Sudan to Geelong via Cairo and Sydney, was a powerful coming-of-age story. ‘Akec contrasts the lives of the mothers, daughters, sisters, grandmothers and cousins in this family through form and language, conjuring a powerful refraction of the experiences of African Australian women. Her storytelling is deeply personal, as well as relatable and insightful’.

Of Kemp’s ‘taut modern Western Australian western’ ‘Strangest Places’, they said: ‘Kemp’s book is a frontier novel that captures the problematic quality of settler Australia. It shares some of the lyrical power and gothic splendour of Cormac McCarthy’s border trilogy. But it also seems, in its eye for detail and ear for vernacular Australian speech, firmly in the tradition of Randolph Stow and Tim Winton.’

The Dorothy Hewett Award is open to all writers who have completed a manuscript in the genres of fiction, narrative nonfiction or poetry. South Australian writer Karen Wyld won the 2020 award for her novel Where the Fruit Falls.

The books of both this year’s winners will be released in 2022.