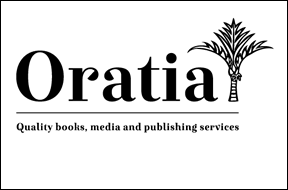 Independent New Zealand/Aotearoa publisher Oratia Media has won the Bologna Prize for the Best Children’s Publisher of the Year in the Oceania category.

The winner’s citation describes Oratia Media as ‘eclectic … with a strong focus on high-quality editing, design, and printing’. Founded as a publishing services business in 2000, the company has developed as a publisher since 2008, focusing on children’s, Māori, history and general nonfiction books.

The publisher states: ‘Oratia participates in major book fairs and sells and buys rights worldwide, while remaining grounded strongly in our home base in the rain forest of Oratia (“place of the long-lingering sun”). Our publishing reflects a multicultural, multilingual and inclusive outlook, with a growing number of our children’s books being bilingual in English and Māori.’

Oratia Media was one of five publishers shortlisted in the Oceania category, along with Affirm Press, Hardie Grant Children’s Publishing, Little Pink Dog Books and Magabala Books. For the second year running, the winner was announced in an online ceremony held in Bologna as part of the virtual Bologna Children’s Book Fair, which runs from 14–17 June 2021.

The Bologna Prize for Best Children’s Publisher of the Year was established in 2013 by the Bologna Children’s Book Fair and the Italian Publishers Association to ‘pay tribute to excellence in the world of children’s publishing’. Windy Hollow Books was the winner of last year’s Bologna Prize in the Oceania category. For more information about the winning publishers in other categories, see the Bologna website.