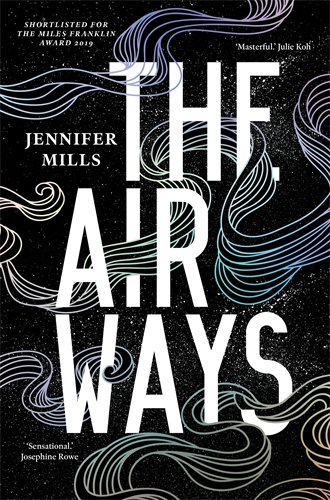 Jennifer Mills’s The Airways unsettles the boundaries between consciousness, self and the physical world, deep-diving into the parallels between the workings of the human body and the cities we navigate. The story shifts between Sydney and Beijing, following Adam and the elusive Yun across timeframes. After a disturbing experience on the subway, Adam’s past comes back to reclaim him, settling in his body like a virus that affects everything from his senses to his airways. Suddenly his body no longer feels subject to his will, and the new life he has built for himself begins to fall apart. Interspersed through Adam’s story is that of a being, or consciousness, who jumps from person to person, describing in minute detail the experience of inhabiting different bodies—bodies that, like crowded cities, pulse with a thousand simultaneous processes, both autonomic and voluntary. Questions of consent and bodily autonomy lurk throughout the narrative, with gestures to the fact that women and non-binary people like Yun face constant impingements on both fronts. At times the story tips over from being mesmerising to frustratingly cryptic, overladen with images and similes—a risk inherent in work that straddles prose and poetry. It is only in the second half that the pace picks up, rewarding the reader with a series of haunting—albeit still oblique—revelations towards the end. Readers of fantasy, science fiction, queer literature and Mills’s previous work will be drawn to this bravely experimental novel of breakdown and revenge.

Caitlin Doyle-Markwick is a writer, publishing worker and theatre-maker from Sydney.