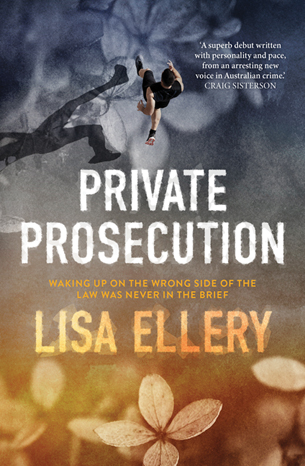 Lawyer-turned-writer Lisa Ellery uses her knowledge and experience in the legal sector to round out detailed judicial proceedings in her debut thriller, building a believable foundation for the tense drama that unfolds. Andrew Deacon is an overambitious up-and-coming lawyer who wakes up on the wrong side of the law after a one-night stand: his date is dead and he is the main suspect. Andrew isn’t a likeable character—many of his positive personality traits are marred by his overt sexism and ability to make one bad mistake after another. His dogged pursuit of the person he believes committed the murder is single-minded, despite having little proof or build-up in the narrative. His obsession with catching the killer lands him in hospital, addicted to painkillers and out of a job—in an extremely short space of time—but it is hard to feel sympathy for someone who puts himself in the sights of dangerous criminals, interferes with a police investigation and takes matters into his own hands, leaving much collateral damage in his wake. Ellery ties up the game of cat and mouse between Andrew, the police and the killer without much fuss at the end, leaving this reader wondering if all the red herrings were necessary. For fans of Australian legal crime there is enough tension to keep the pages turning, despite the leading man’s flaws and the hope that the obvious answer was all a ruse.

Kate Frawley is a bookseller and the manager of The Sun Bookshop.