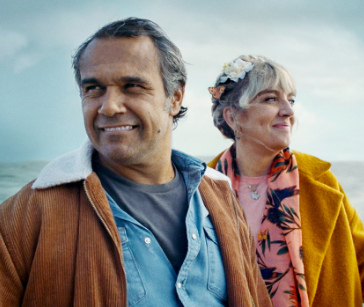 The ABC said the series ‘will guide viewers through the wonder and awe of the Australian landscape, exploring stories that reconnect the audience with the natural world and with Country’.

‘This is a breakthrough series,’ said Pedersen. ‘Nothing like this has been done before. We’re all connected to all of life. Most nature shows feel like they sit above the earth, like they’re separate from it. This series feels like we’re part of it, like there’s a relationship. Back to Nature is medicine for all of us.’

Ringland said: ‘My greatest passions are nature and storytelling. Stories cultivate empathy and the opportunity for understanding; nature offers us a shared experience of what it is to be alive. Being in nature, and connecting to nature through story, is how we come home to ourselves and each other.’

As previously reported by Books+Publishing, Ringland’s novel The Lost Flowers of Alice Hart is being adapted into an Amazon Prime Video series starring Sigourney Weaver. Last year, HarperCollins acquired ANZ rights to two new novels by the author in a six-figure deal.

Back to Nature will premiere on Tuesday, 10 August.