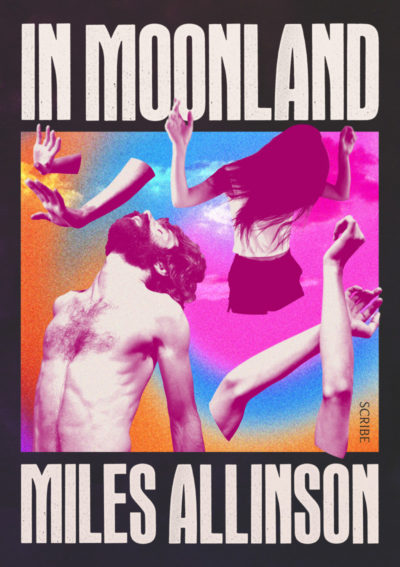 Miles Allinson’s accomplished second novel—the follow-up to his moving and deeply personal 2015 debut Fever of Animals—is an ambitious and gripping story of parenthood, utopias and environmental collapse, told across several interconnected narratives. The narrator of the first section is Joe, a young father dealing with a relationship breakdown as he becomes obsessed with resolving the mystery of his father, Vincent: whether his death was a suicide or an accident, and the meaning of the photo of his dad as a young man in an orange robe. Bit by bit, Joe puts together the mysterious scenes his father was involved with—featuring UFO sightings and transcendental meditation; guns, drugs and psychics; hippy communes and the failed promises of the post-WWII era. In the next section, we are taken back to 1976 and the cataclysmic time Vincent spent at an ashram in Pune with Bhagwan Shree Rajneesh (the same guru who was one subject of the Netflix documentary series Wild Wild Country). The book ends in the near future with Joe’s daughter Sylvie navigating a dystopic police state scorched by climate change and on her own journey to reconnect with her father. The characters are complicated and engaging: Joe is detached and haunted but has an occasionally humorous outlook; Vincent exhibits tenderness and naivete but has an unpredictable, violent edge; Sylvie, meanwhile, carries the burden of unhealed generational wounds, as well as having to deal with the practical realities of living in a world ruined by those who came before her. In Moonland is an astounding book that feels so epic in scope for a novel that is only 240-odd pages long. Fans of Allinson’s first book have much to look forward to with his second, a skilful and existential examination of humanity in the Anthropocene.

Brad Jefferies is the digital editor at Books+Publishing.