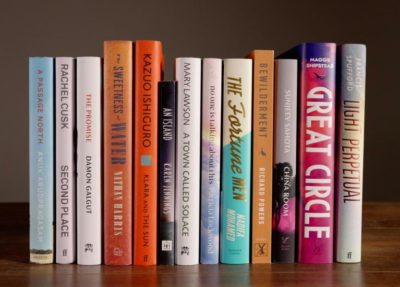 The longlist for the 2021 Booker Prize has been announced.

Chosen from 158 submissions, the longlist features five authors from the UK, four from the US, two from South Africa and one each from Sri Lanka and Canada. Six of the longlisted titles come from independent publishers. Ishiguro—who won the award in 1989 for The Remains of the Day—is the only previous winner to make the longlist, while four other novelists—Galgut, Lawson, Powers and Sahota—have each previously been long- or shortlisted for the award.

‘In recent years Booker Prize longlists have drawn attention to various elements of novelty in the novel: experimentalism of form, work in unprecedented genres, debut authors,’ said Booker Foundation literary director Gaby Wood. ‘This year’s list is more notable for the engrossing stories within it, for the geographical range of its points of view and for its recognition of writers who have been working at an exceptionally high standard for many years.’

The award is open to novels published in the UK or Ireland between 1 October 2020 and 30 September 2021. The shortlist will be announced on 14 September, before the winner is announced on 3 November. For more information on this year’s longlist, see the Booker website.