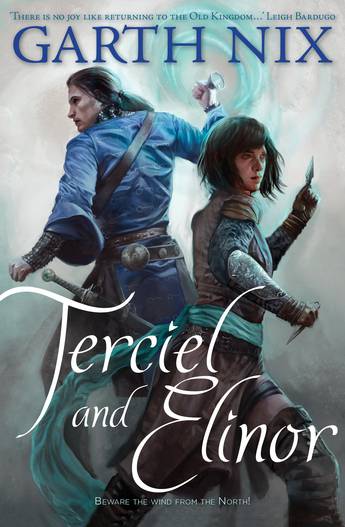 Garth Nix’s ‘Old Kingdom’ books have been a perennial staple of YA sections in bookstores for the past 25 years, and I couldn’t even guess how many copies of Sabriel I’ve pushed into eager young hands. In Terciel and Elinor we return to the Old Kingdom and Sabriel’s parents, starting with their early lives. Terciel is an orphan in a fishing town north of the wall and Elinor, scion of a family that has fallen on hard times south of the wall, has no idea of the magical connection she has to the Old Kingdom. Not for long, however, because Kerrigor, a dark undead entity, is raising an army of corpses to overrun the North. Only Abhorsen Tizanael, Terciel’s master, can stop Kerrigor, and she’ll use every tool she has—including Elinor’s untested power. This is a fantastic prequel to the events of Sabriel, and while Terciel and Elinor ends long before that book’s opening events, it adds so much context. The novel also contains the first encounters with familiar antagonists, as well as an earlier and surlier Mogget; Nix fans will definitely want to snap this one up. This book features necromancy and horror themes but it’s still safely YA, and while it could be read as an introduction to Nix’s ‘Old Kingdom’ books, much of the foreshadowing and backstory would be lost on new readers. For fans though, Terciel and Elinor is pure gold.