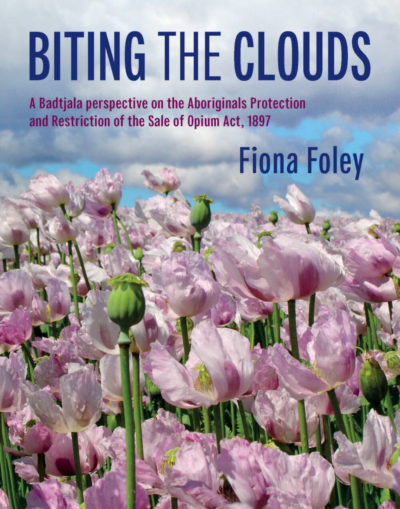 The winners of the 2021 Queensland Literary Awards have been announced.

Visual artist Fiona Foley was awarded the $25,000 Queensland Premier’s Award for a work of State Significance for her book Biting the Clouds, which the judges praised as an ‘original and creative exploration … of the devastation wrought upon Queensland’s Badtjala people at the end of the 19th century’.

‘The little-known story of how Badtjala workers were paid in opium is inventively told in dialogue between her art and text, reclaiming the story for her own people and for the wider Australian community,’ the judges said.

The winners in all categories, chosen from shortlists announced in August, are:

Queensland Premier’s Award for a Work of State Significance ($25,000)

Queensland Writers Fellowships (three awards of $15,000 each, plus professional development support to the value of $4500)

The winners were announced in a ceremony held at the State Library of Queensland (SLQ) and streamed on Facebook Live on Thursday, 9 September. For more information see the SLQ website.