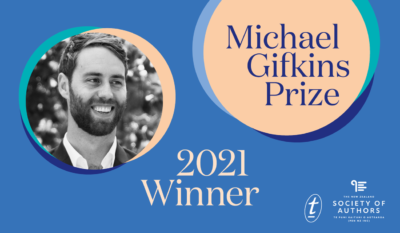 Tom Baragwanath has won the 2021 Michael Gifkins Prize for an Unpublished Novel for his crime novel Paper Cage.

Baragwanath was chosen as the winner from a shortlist of three announced in June.

Text described Baragwanath’s novel as ‘a gripping literary thriller about abducted children, family loyalty and a community in crisis—and a woman who will have to make hard choices in her quest to save a child she loves’.

The prize, open to New Zealand authors, honours the late Michael Gifkins—New Zealand literary agent, writer, critic and publishing consultant—and is funded through a sponsorship from Gifkins’ family and Text Publishing. The winner of the 2020 prize, A Good Winter by Gigi Fenster, was launched as part of the online prize event.

Paper Cage will be published by Text in September 2022.