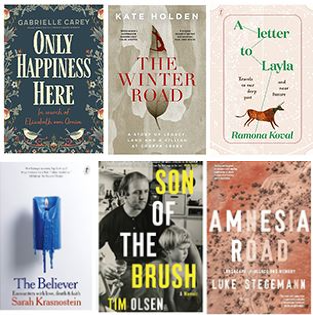 The shortlist for the $20,000 Mark and Evette Moran Nib Literary Award, known as ‘the Nib’, has been announced.

Presented by Sydney’s Waverley Council and celebrating its 20th year, the Nib recognises the role research plays in fiction and nonfiction and is Australia’s only major literary award presented by a local council. The all-nonfiction shortlist was chosen from a longlist of 18 announced in August.

Each shortlisted author receives the $1000 Alex Buzo Shortlist Prize, named in honour of the Australian playwright who was a former judge of the Nib Award, and instrumental in its development.

The winner of last year’s Nib Award was Fathoms: The world in the whale by Rebecca Giggs (Scribe).

This year’s winner, and the winner of the $2500 People’s Choice Award, will be announced on 24 November. For more information about the award, visit the Waverley Council website.