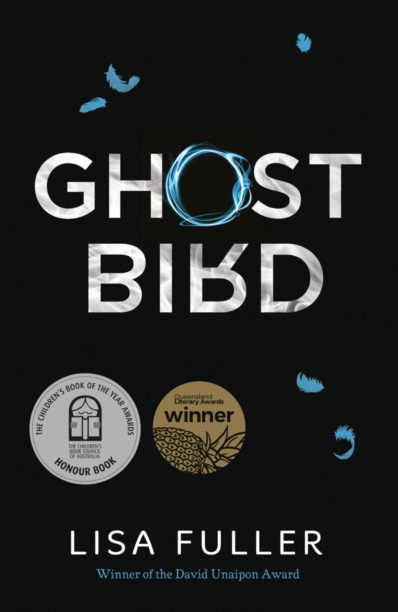 Lisa Fuller’s multi-award-winning YA novel Ghost Bird (UQP), which previously won the David Unaipon Award for an Unpublished Indigenous Writer, has been sold to UK independent publisher Old Barn Books for publication in the UK and Commonwealth (ex Canada and ANZ).

‘I knew Ghost Bird had attracted prizes and praise from people I respected in Australia, but it was only when I received the manuscript that I realised how strongly Lisa’s powerful writing was rooted in her community,’ said Old Barn Books publisher Ruth Huddleston. ‘The voice of a First Nations Australian author has been missing from the Old Barn Books growing list of Australian fiction and I’m so excited to be able to bring Lisa’s writing to a UK audience.’

UQP publisher Clair Hume said: ‘After being so well received in Australia, we can’t wait to see Ghost Bird published in other territories where more readers can enjoy this important, edge-of-your-seat novel.’

Hardie Grant Children’s Publishing (HGCP) has sold North American rights to The Boy Who Tried to Shrink His Name by Sandhya Parappukkaran and Michelle Pereira—a picture book that encourages young readers to embrace their individuality—to Abrams Books following a ‘competitive’ four-way auction. The deal was managed by the Annabel Barker Agency on behalf of HGCP. Abrams acquiring editor Courtney Code said Parappukkaran and Pereira ‘have made picture book gold in this exploration of how good friendships invite us to be our authentic selves’.

Australian graphic novel publisher Twelve Panels Press has sold world English rights (ex ANZ) to Safdar Ahmed’s Still Alive to Fantagraphics—the first rights sale for the small press, which was established in 2015. Interweaving journalism, history and autobiography, Still Alive is the result of Ahmed’s visits to Sydney’s Villawood Immigration Detention Centre, where he met, talked and drew with people who arrived in Australia by boat.

Alex Adsett has sold world English rights (ex ANZ) to Trent Jamieson’s forthcoming fantasy novel The Stone Road to New York publisher Erewhon and ANZ rights to Brio Books. The novel, due in 2022, is pitched as a ‘haunting, lyrical fantasy set in a harsh world of grit and monsters’.