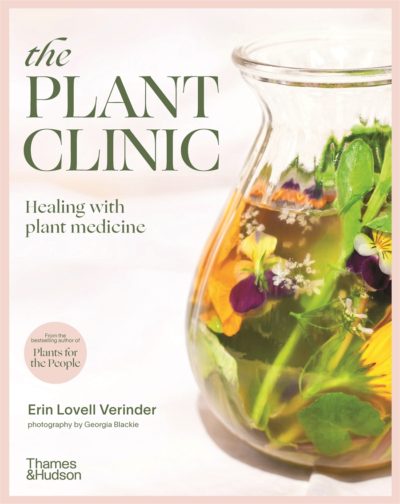 Australia’s leading publisher of books on the visual arts, Thames & Hudson Australia, has been publishing—and exporting—local titles for many years.

‘We find there is a real thirst for Australian illustrated books in the international market,’ says publisher Kirsten Abbott. ‘Thames & Hudson usually publishes at the higher end of the market, but even the most practical topics can turn into books that are objects of beauty in their own right. Our photography is bold and often carries the magical Australian light within it. We also have some of the freshest thinking designers in the world here.’

While the publisher’s larger format art and interior design titles—such as the forthcoming Anna Spiro: A life in pattern—tend to sell into English-language territories through Thames & Hudson’s global distribution network, the Australian office has had a number of recent successes in translation markets. These include David Coles’s illustrated history of colour, Chromatopia, which has sold into Korea, Germany, Poland, Japan and Hungary; David Harrison’s anthology of furniture, fabric, lights and decorative objects, A Century of Colour in Design (France, Korea and Japan); and Plants for the People by Erin Lovell Verinder, a beginner’s guide to plant medicine (Russia and Germany). Ahead of this year’s Frankfurt Book Fair, Abbott is particularly excited to be pitching Lovell Verinder’s follow-up, The Plant Clinic, which she says is ‘ahead of the game in taking plant medicine mainstream’.

‘Everything old is new again,’ says Abbott when asked about current trends in illustrated publishing, citing a growing interest in New Age titles that ‘reinterpret ancient wisdom for a new audience’. ‘Readers are also enthusiastic about good reads, accessible information, beauty and luxury,’ Abbott adds. ‘Books are a luxury and have answered many needs during Covid times.’

Also renowned for its illustrated nonfiction list, Hardie Grant Australia’s most successful international exports (excluding its food and drinks list) are concentrated on design and interiors, with sales primarily in Europe but also some ‘promising deals’ in China and Korea. The publisher distributes its own titles in the UK and US.

‘We sell a large volume of our list internationally via co-editions, and we have seen particular success with our illustrated fashion series with Megan Hess, selling a huge number of individual rights deals globally across her list, and countless reprints,’ says Hardie Grant Australia managing director Roxy Ryan. The publisher is currently pitching a new series from Hess to international publishers, as well as an upcoming interiors book Style: The art of creating a beautiful home by Natalie Walton (May 2022).

Illustrated books on nature and gardens have also been popular for Hardie Grant Australia, with several deals in Europe for its books on garden photography, Dreamscapes by Claire Takacs, and flower design, A Tree in the House by Annabelle Hickson. Books that include global or European content usually do well, notes Ryan, with buyers looking for ‘beautiful design on a contemporary subject at a reasonable price’.

NewSouth will be pitching Glass: The life and art of Klaus Moje (December 2021) ahead of this year’s Frankfurt Book Fair. Written by art historian Nola Anderson, it’s the first major in-depth publication on internationally acclaimed glass artist Klaus Moje, and associate publisher Harriet McInerney believes the book will have widespread international appeal. ‘The stunning kiln-formed glass artworks of German-born Klaus Moje are collected internationally and represented in over 60 public collections worldwide,’ she says.

Rockpool has several new illustrated nonfiction titles on ‘the power of plants’ that will appeal to international publishers. The Language of Houseplants by Cheralyn Darcey combines practical gardening advice on popular houseplants with vintage artwork, while Plants of Power by Stacey Demarco and Miranda Mueller and From Earth by Charlotte Rasmussen (April 2022) offer how-to guides for growing, and using, garden apothecaries.

While its illustrated exports tend to focus on food and drink titles, lifestyle publisher Murdoch Books—a division of Australia’s largest independent Allen & Unwin—has seen worldwide success for its illustrated guide to managing anxiety, The Panic Button Book by Tammi Kirkness, which has sold into North America, Germany, Poland, Portugal, Korea and China. ‘Over the last 18 months there has been strong demand for titles that help people get through lockdown,’ says Murdoch’s new publishing director Jane Morrow.