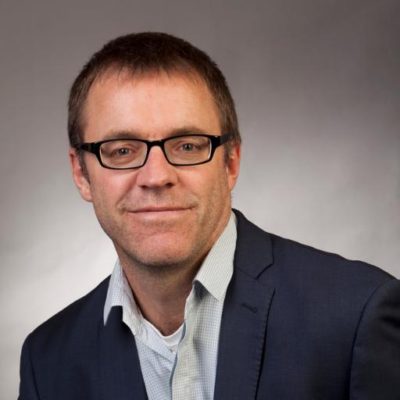 Since moving from Australia to Germany in 2015, former book buyer Martin Shaw has established himself as a literary agent, first as ‘an understudy’ to Alex Adsett, and subsequently as the founder of Shaw Literary. He spoke to Think Australian.

How did you become a literary agent?

I’m a book trade person through and through, so when I found myself moving to Germany for family reasons, I thought it might be a way of keeping my hand in an industry I love. So I became something of an understudy to the ace Queensland literary agent Alex Adsett and off I went. It was a steep learning curve though, after only having seen the industry from the retail bookselling perspective, and selling my first books did indeed take quite some time! But, as it’s turned out, it’s simply ideal for me: spruiking fantastic books is what I simply love doing.

What do you love most about your job?

There is nothing quite as satisfying as identifying something simply superb (Adriane Howell’s Hydra from Transit Lounge next year comes to mind), proselytising about it as best as I can, and then for those that matter in the whole equation—the commissioning editors—becoming equally passionate. So those emails that arrive from time to time with ‘OFFER’ in the subject line? I’m bouncing off the walls at that point!

What titles are you currently pitching to international publishers?

Splice in the UK picked up world rights to an incredible new Australian talent in Adam Ouston and his debut novel, Painting the Face of Chaos, which, among other things, recounts Harry Houdini’s visit to Australia in 1910 and one of the very first controlled aircraft flights that he undertook during his tour. I’m barracking hard from the sidelines for this one and telling every publisher I know about it!

What have been your biggest international rights successes over the past year?

I was immensely proud to help facilitate the sale of Peter Papathanasiou’s extraordinary crime fiction debut The Stoning (Transit Lounge) to the MacLehose Press, which has just been released to deserved acclaim. Meanwhile, to see one of the finest Oz fictions in recent years—Jen Craig’s Panthers & the Museum of Fire—land at bold emerging US publisher Zerogram was also immensely gratifying.

Which title or author on your list do you believe deserves greater recognition overseas?

You might not have heard of her yet, but New Zealand author Sue Orr made a huge and deserved splash in her native country earlier this year with Loop Tracks (Victoria University Press), and an Oz edition (Upswell Publishing) will appear early next year. I prophesy that that’s just the beginning! And in Australia, Yumna Kassab brings an Arabic approach to storytelling that, in its cumulative impact, is some of the most powerful fiction I’ve ever come across. She has Australiana coming in 2022 followed by a drop-dead novella, The Lovers, in 2023 (both Ultimo Press).

How has Covid-19 changed the ways you make contacts and sell rights?

The collegiality of the physical fairs is of course sorely missed, and all the opportunities that arise out of chance meet-ups and get-togethers (actually the seed of that Papathanasiou sale took place at one London fair). But everyone’s in the same boat, so email and Zoom it is, inevitably!

What are you currently reading?

It’s an incredible year for literary biographies, so I’m reading those of Walser, Sebald and Pessoa all simultaneously right now! And at last, recent Miles Franklin shortlistee Daniel Davis Wood’s At the Edge of the Solid World (Brio Books).