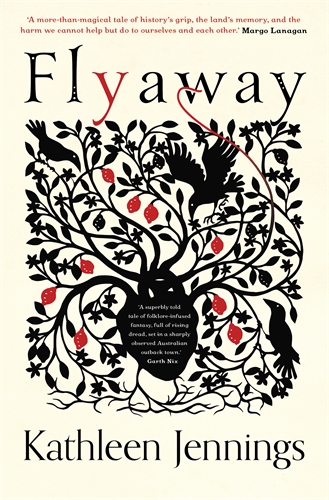 Kathleen Jennings has won the Best Newcomer category in the 2021 British Fantasy Awards for her Australian gothic novel Flyaway (Picador).

Jennings’ debut novel, chosen out of a shortlist of six, weaves magic and mystery into an Australian setting, following a young woman living in a dwindling town as she searches for her missing father and brothers.

Of her win, Jennings said: ‘I’m honoured and delighted to have received the British Fantasy Award for Best Newcomer for Flyaway. I never contemplated being shortlisted for, let alone receiving, a British Fantasy Award—particularly for an Australian gothic book. It is remarkable company to be in. I’d like to congratulate all my fellow shortlistees, and thank the many people who made Flyaway possible.’

Flyaway was shortlisted for the 2021 Courier-Mail People’s Choice Queensland Book of the Year, and was a finalist in the 2021 World Fantasy Awards and 2021 IAFA Crawford Award.

For more information about the British Fantasy Awards, see the website.