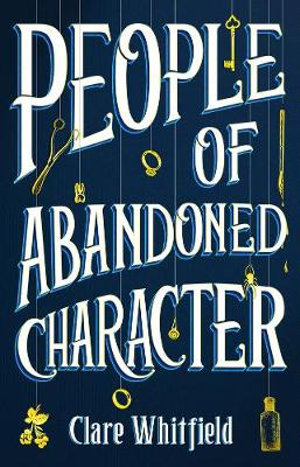 In the UK, Clare Whitfield has won the £2000 (A$3650) Goldsboro Books Glass Bell Award for her debut novel People of Abandoned Character (Head of Zeus), reports the Bookseller.

Described as ‘a fresh take on the Jack the Ripper story’, Whitfield’s novel follows the perspective of the newly married Susannah, who begins to wonder whether her abusive and volatile husband might be responsible for the Whitechapel murders. The judges for the award said Whitfield’s novel is ‘a thoughtful and compelling exploration of the endless violence faced by women of all walks of life’.

Presented by London bookshop Goldsboro Books, the prize celebrates the best storytelling across all genres of contemporary fiction.

For more information about the award, see the Goldsboro Books website.