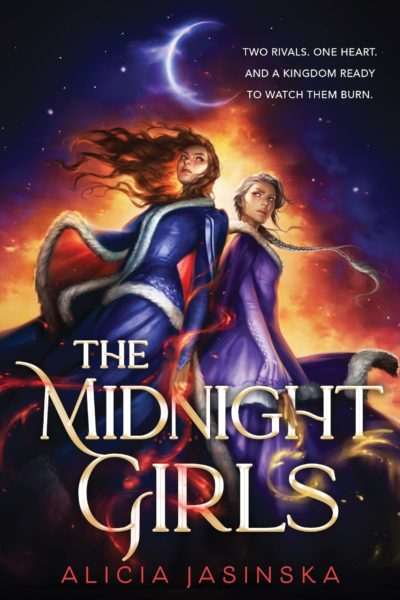 Alicia Jasinska’s The Midnight Girls will be eagerly devoured by fans of her dark fantasy YA debut The Dark Tide. In Lechija, a kingdom much like 18th-century Poland, three witches rely on their servant girls to bring them the pure hearts of princes that sustain them. With the kingdom at war and the two-month-long festive season of Karnawał beginning, Beata, Marynka and Zosia—Morning, Midday and Midnight—join the crowds in Warszów to stalk Prince Józef and compete to rip out his heart. Marynka is desperate to prove herself, even after she realises that the girl she has been falling for on their journey is her enemy and rival Zosia. For Zosia, this is her chance to steal the heart for herself and finally have enough power to be free. Unbeknown to either, Prince Józef’s exiled soul mate wields a divine sabre and recognises the monstrous girls for what they are. The tension increases as the tsarina tightens her grip on Lechija, the Karnawał festivities grow wilder, and the Midnight Girls are torn between duty and desire. Jasinska’s creative use of Polish history and culture is dazzling, and the dark fairytale ambience of the novel will appeal to readers of retellings such as Erin A Craig’s House of Salt and Sorrows.