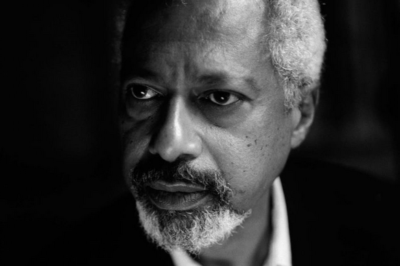 Gurnah was named winner at a ceremony at the Swedish Academy in Stockholm on 7 October. The Academy called Gurnah’s work uncompromising and compassionate. He is the fifth English-language writer to win the Nobel Prize in the past decade.

‘He has consistently and with great compassion penetrated the effects of colonialism in East Africa and its effects on the lives of uprooted and migrating individuals,’ said Anders Olsson, chair of the Prize’s committee. ‘Gurnah’s itinerant characters in England or on the African continent find themselves in the gulf between cultures and continents, between the life left behind and the life to come—confronting racism and prejudice, but also compelling themselves to silence the truth or reinventing their biography to avoid conflict with reality.’

Gurnah is the author of 10 novels, beginning with Memory of Departure in 1987, and including two Booker Prize-nominated titles Paradise (1994) and By the Sea (2001). His most recent novel is Afterlives (2020). His work is published by Bloomsbury in Australia.

Due to the pandemic, the Nobel Prize laureates will not gather in Stockholm in December for the usual Nobel ceremony and lectures, with plans for these to be ‘arranged in their vicinity’, according to a Nobel Prize Committee representative. The ceremony and Gurnah’s lecture will be broadcast.