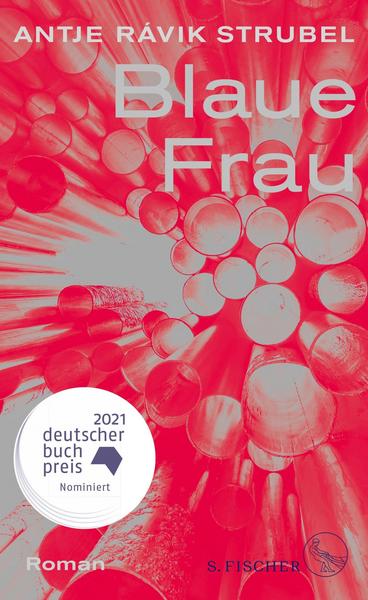 Blaue Frau, which translates as Blue Woman in English, was chosen from a shortlist of six as the winner of the prize, which awards €25,000 (A$38,930) to the best German-language novel of the year. Each of the remaining finalists receive €2500 (A$3890).

‘With existential force and poetic precision, Antje Rávik Strubel describes a young woman’s escape from her memories of being raped. Layer by layer, this unsettling novel exposes what happened. The story of female self-empowerment expands into a reflection on competing cultures of memory in Eastern and Western Europe and the power imbalance between the sexes,’ said the prize’s judges.

‘In a tentative narrative movement, Antje Rávik Strubel succeeds in giving voice to what is actually unspeakable about a traumatic experience. In her dialogue with the mythical figure of the Blue Woman, the narrator sums up her interventional poetics: literature as a fragile counterforce against injustice and violence in the face of despair.’

The winner was announced at an event in Frankfurt that traditionally takes place just before the opening of Frankfurt Buchmesse. For more information about the German Book Prize, see the award website.