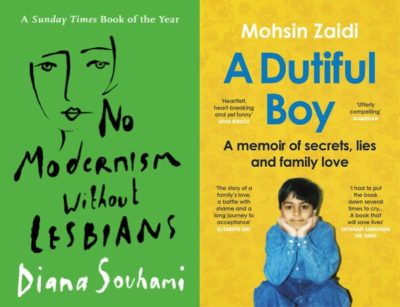 In the UK, writers Diana Souhami and Mohsin Zaidi have won the 2021 Polari Prizes for work that explores the LGBT experience, reports the Bookseller.

Souhami won the £2000 (A$3642) Polari Prize for her biography No Modernism Without Lesbians (Head of Zeus), which was described by judges as ‘a bold, fresh new look at the early 20th-century cultural canon through the lens of four lesbians: Sylvia Beach, Bryher, Natalie Barney and Gertrude Stein … their lives and work became central to fostering the Modernist movement in interwar Paris’.

Zaidi won the £1000 (A$1821) Polari First Book Prize for his memoir A Dutiful Boy (Square Peg), which judges described as ‘a moving and ultimately uplifting account of his experiences as a young boy in denial about his sexuality’.

The winners were chosen from shortlists announced earlier this year.