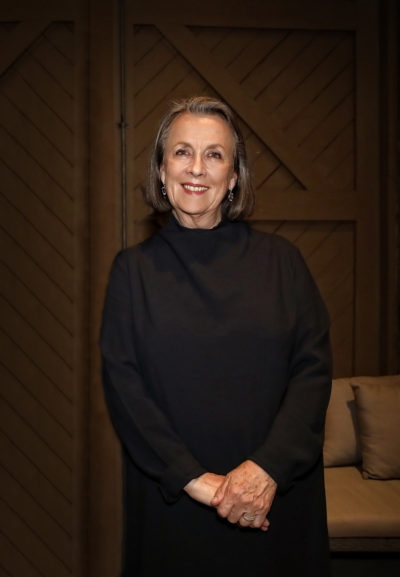 ‘Sydney Writers’ Festival is deeply saddened to hear of the passing of Chrissy Sharp.

‘Chrissy was appointed CEO of Sydney Writers’ Festival in 2018. After three remarkable years with the Festival, Chrissy retired in early 2021 due to ill health.

‘Chrissy was one of Australia’s leading and most respected arts administrators. “There are few leaders of Australian arts organisations who have earned greater respect and admiration than Chrissy Sharp,” says Mark Scott AO, Chair of Sydney Writers’ Festival. “Her commitment, strong spirit and intellect was revered amongst her colleagues and peers. Chrissy will be sorely missed.”

‘With unparalleled leadership and determination, Chrissy saw Sydney Writers’ Festival through many challenging times, including navigating the festival through the trials of Covid-19 with her characteristic courage and vision.

‘Chrissy dedicated her career to the arts industry, both in Australia and overseas. Sydney Writers’ Festival is privileged to be part of this lifelong commitment to supporting Australian writers and our creative community. The festival’s strong focus on celebrating Australian voices is Chrissy’s legacy to us that we will continue to honour.

‘“I was lucky enough to work with Chrissy in the founding years of the Wheeler Centre; working with such a cultural force up close was a singular privilege, delight and education,” says artistic director Michael Williams. “Her sense of responsibility, creative drive and awareness of the social and community impacts of the arts was tireless and unique. When she asked me to join the team at Sydney Writers’ Festival, the opportunity to work with her again made it irresistible. Her premature departure before the 2021 festival meant we all felt we were working to do her justice. I suspect that I’ll be trying to do that for the rest of my career.”

‘Our thoughts are with Chrissy’s partner Michael Lynch and their family.’