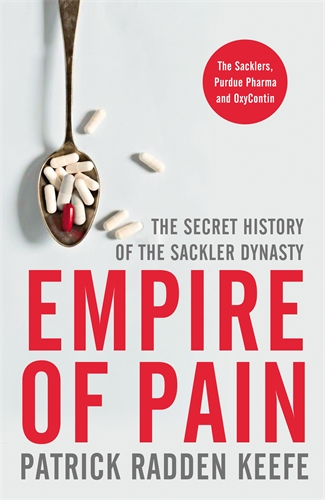 In the UK, Patrick Radden Keefe has won the £50,000 (A$92,850) Baillie Gifford Prize for Nonfiction for his book Empire of Pain: The secret history of the Sackler dynasty (Picador).

Judges said the ‘revelatory’ winning book is a ‘future classic’. Keefe is a staff writer at the New Yorker and the author of Say Nothing: A true story of murder and memory in Northern Ireland (William Collins), which won the 2019 Orwell Prize for political writing and the 2019 National Book Critics Circle Award for nonfiction.

Empire of Pain was chosen as winner of the Baillie Gifford Prize from a shortlist of six announced in October. Keefe’s win was announced at an event at London’s Science Museum.

All works of nonfiction by authors of any nationality are eligible for the Baillie Gifford Prize, formerly the Samuel Johnson Prize, which is the richest literary award for nonfiction in the UK.