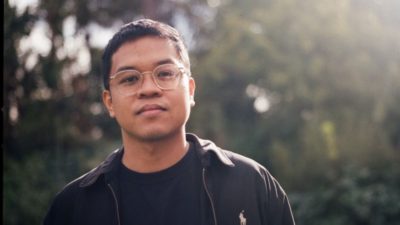 Apolonio’s story was chosen from a shortlist of nine, He receives $3000 and a mentorship to assist in further development of his work.

Melanie Cheng, speaking on behalf of herself and fellow judges Lee Kofman and Sisonke Msimang, said, ‘[We] were all in agreement about the originality and authenticity of the winning story.’

‘We loved the nuance in the story and most importantly we felt this piece touched on some of the subtleties of the migrant experience that we hadn’t seen represented in the Australian literary scene previously,’ said Cheng.

The runners-up are Patrick Arulanandam for his story ‘The Seconds of Holroyd House’ and Irina Frolova for her work ‘On the Tail of the Firebird’. Each runner-up receives $500, while all shortlisted writers will have their work read and considered by Black Inc.

The winners were announced during an online ceremony on 17 November.

The Deborah Cass Prize, established in 2015 in memory of academic and writer Deborah Cass, for emerging writers from migrant backgrounds, is awarded annually. Last year’s winner was Anith Mukherjee for his story ‘I Am Full of Love’.