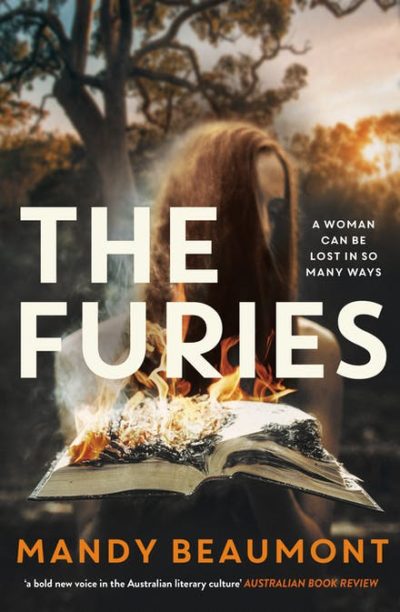 A woman in a small Australian town is haunted. Death is all around her: she is still grieving her murdered sister, Mallory, while the spectre of her mother’s arrest and father’s abandonment hover over her. A baby she was reluctant to carry arrives as a stillborn. Her husband, Simon, deserts her. The townsfolk don’t allow her to properly mourn, as gossip and malicious judgement encircles her in the abattoir where she works. In Mandy Beaumont’s second book of fiction, The Furies, the reader is confronted with a maelstrom of grief. Structured in three parts, the book is narrated by the protagonist, Cynthia, with occasional chapters voiced by her mother. Cynthia’s past and present are shadowed by Mallory’s disappearance and the misdemeanours perpetrated by Simon, Cynthia’s father and the various men around her. The Furies is an ambitious debut novel; Beaumont’s attempt at a dreamlike stylism (think Olivia Sudjic) sometimes misses the mark, coming across as overwrought as sentences end in conjunctions and verbs. Nonetheless, this is an introspective book that will resonate with readers of literary thriller-esque fiction such as The Airways by Jennifer Mills or Bodies of Light by Jennifer Down. A fiercely feminist novel, The Furies is an interrogation of the scars left by unaddressed trauma, on bodies, psyches and the land. What does it mean to carry so much, and to yearn for revenge? How does it feel to hurt and be hurt?