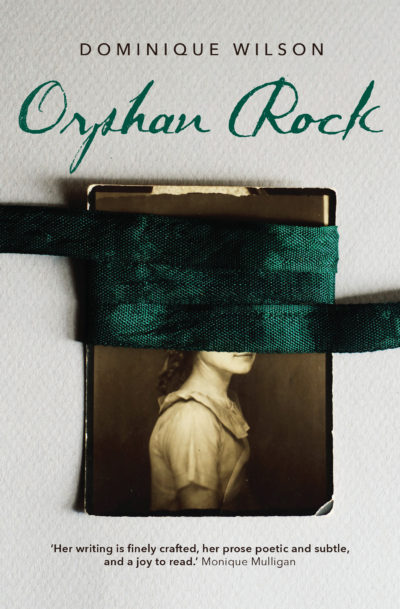 Five-year-old Bessie is removed from an extended stay at the Protestant Orphan School and returned home to her unstable mother: a woman she doesn’t remember and who is anything but loving towards her. The trajectory of Bessie’s life, with all its struggles, loves, losses, deaths, marriages and disappointments, plays out in Orphan Rock. Against the backdrop of Sydney in the late 1800s and into the 1900s, Bessie is pitted against war, extreme poverty and outbreaks of smallpox and the Spanish flu, among other events. This well-paced, multigenerational novel progresses through to the life of Bessie’s daughter Kathleen, with a particularly vivid sojourn in Paris at the outbreak of World War I. The scope of the novel is vast and occasionally skims surfaces because of this, but Dominique Wilson is a skilful storyteller. Her characters are compelling and her meticulous research and attention to detail bring the past alive. The inclusion of well-chosen cameos from real historical figures—such as Tilly Devine, for instance—adds a colourful authenticity. Orphan Rock also touches upon the Australian identity throughout history, while exploring our endemic racism and sexism, and highlighting the roles of women. It will appeal to lovers of historical fiction and will sit comfortably on the shelf next to the likes of Meg Keneally and Geraldine Brooks.

Deborah Crabtree is a Melbourne-based writer and bookseller. Read her interview with Dominique Wilson about Orphan Rock here.