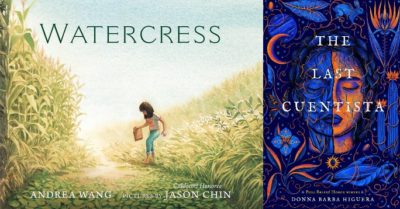 In the US, the American Library Association (ALA) has announced the winners of its Youth Media Awards, including the Newbery and Caldecott medals, reports Publishers Weekly.

Australians Rovina Cai and Asphyxia were also recognised in the awards. Elatsoe, written by Darcie Little Badger and illustrated by Cai (Chronicle Books), was named a Young Adult Honor Book in the biennial American Indian Youth Literature Awards, while The Words in My Hands, written and illustrated by Asphyxia (published as Future Girl by Allen & Unwin in Australia) won the teen category in the Schneider Family Book Awards for books that embody an artistic expression of the disability experience.

The winners were announced during the American Library Association’s LibLearnX conference. For the full list of winners and honour books in each category of the awards, see the ALA website.