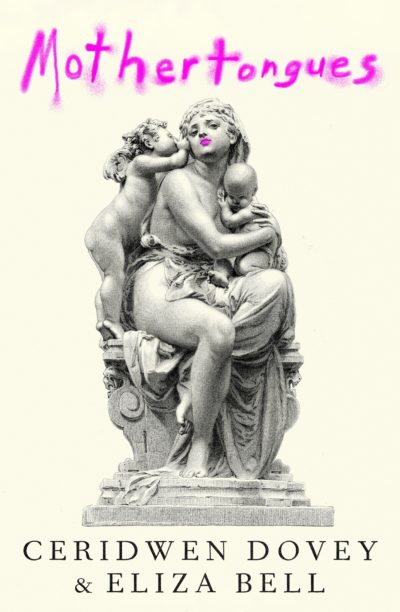 Mothertongues is a collaborative endeavour by Ceridwen Dovey and Eliza Bell that captures two essential concepts that are crucial yet often undervalued in our lives: motherhood and art-making. Drawing from Dovey’s interest in collaborative writing and Bell’s background in theatre, the book breaks apart the traditional form, using a fragmented blend of prose, poetry and theatre to explore what it means to be a mother and an artist, and how it is possible to pursue both. Lyrics from singer-songwriter Keppie Coutts, who recorded an album of original songs inspired by Mothertongues, are also dispersed throughout the book, adding another layer to the collage of words. Drawing from influences including Homer, Virginia Woolf, Sheila Heti and the theatre of the absurd, Dovey and Bell reveal not only their own experiences of mothering and motherhood, but also the history of the labour and how it has often interrupted the creative work of female artists. Although Mothertongues explores a serious topic, the authors approach it with humour and absurdity. From nonsensical lists written while breastfeeding to a musical about having children, the book reflects what motherhood is: a non-linear, ‘fever-dream fantasia’. ‘To create anything means upsetting a balance elsewhere,’ write Dovey and Bell, and that proves true in both art and motherhood. In the creation of Mothertongues, the authors situate collaboration at the heart of the endeavour, upending the idea of writing as a solitary act. The diverse and experimental exploration of motherhood and art-making allows Mothertongues to appeal to mothers and non-mothers alike, for readers of Sheila Heti and Jenny Offill.

Anthea Yang is the editorial assistant at Books+Publishing.