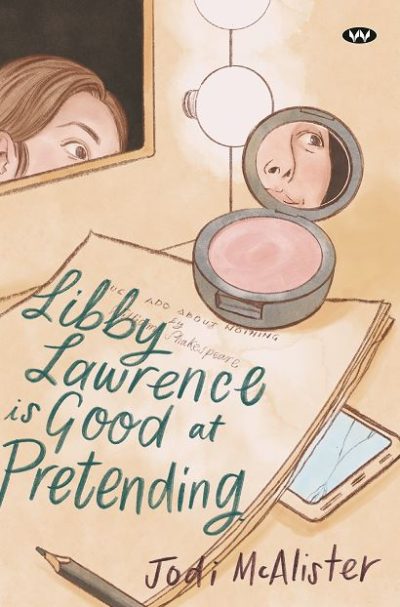 Jodi McAlister, author of the young adult urban fantasy trilogy ‘Valentine’, draws on her academic study of romance fiction in her new YA novel Libby Lawrence is Good at Pretending. On the periphery of her university theatre group, Libby craves and fears attention. She finds herself in the spotlight when the new director disregards the ingrained hierarchy of Uni Rep and casts Libby as Beatrice in Much Ado About Nothing. As the new lead, Libby must choose between fully committing to the theatre or the ‘smart’ option of an Arts/Law degree, decide if she prefers roguish or responsible men, and ultimately discover who she wants to be. For Libby, pretending comes naturally, but being herself without artifice or falling back on self-preservation behaviours is her real challenge. McAlister’s story is full of artistic flourishes such as a sneering villain called Nightingale and interludes exploring the psyches of the secondary characters, but it is also a self-aware rom-com that critically interrogates patriarchal institutions and the socialisation of young women. The drama of young adulthood is captured adeptly through the cast of characters who comprise Uni Rep and the range of emotions they experience, from grief and misery to the joy and magic of being onstage. Libby Lawrence is Good at Pretending is a powerful novel of a young woman coming of age that will appeal to readers of Poppy Nwosu and Nina Kenwood aged 15 and up.