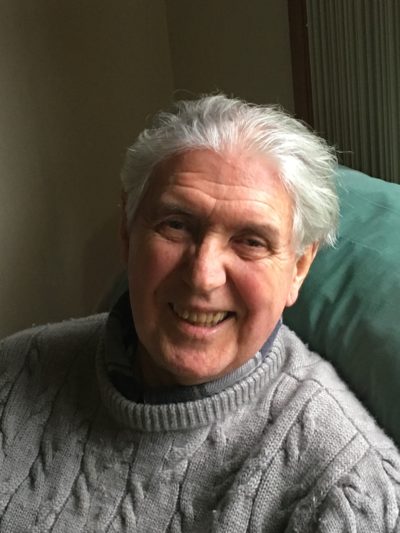 Asked about the unusual badge in his lapel, Michael Cannon used to joke that it was presented to him by the Australia Council as an Emeritus Award for wasting his life writing and publishing more than 30 historical books, instead of doing something useful with his life. Cannon, who died on 24 February aged 92 years old, was only half joking. All his life he was conscious of uncommon good fortune in being able to devote his best years to the writing of popular history.

Born in Brisbane in 1929 and raised in a Victorian country newspaper office, he managed to impress historians of all persuasions with the depth and breadth of his research into Australian history. In 1966 his first bestseller was The Land Boomers. Michael Montague Cannon came from a prominent newspaper family. His great-grandmother Jessie Grover was one of Australia’s first women journalists during the 1880s, his grandfather Monty Grover introduced modern pictorial techniques, while his mother Dorothy (‘Dolly’) Cannon remained a working journalist from the 1920s to the 1990s.

Michael began working as a copyboy on the Melbourne Argus, then as a cadet journalist on the Herald. In 1960 Cannon was appointed associate editor of the Sydney Sunday Mirror, assisting his close friend Cyril Pearl in an attempt to change the brash tabloid into a ‘quality newspaper’. The result was severe loss of circulation, and after a dispute with its proprietor Rupert Murdoch, Cannon returned to Melbourne.

During the 1960s he began a new career, researching his first book as well as working as a bookshop manager and associate director of Melbourne University Press under Peter Ryan. Cannon had previously returned to historical writing, producing a flood of popular original works and facsimile books. All told he wrote 20 books under his own name, and edited another 15.

His most successful book in terms of sales was The Exploration of Australia (1987; 70,000 copies in three hardback editions). The Land Boomers has sold more than 40,000 copies in various editions, and is still in print. A Bicentennial work, Australia, Spirit of a Nation, went through three hardback editions totalling more than 30,000 copies. Cannon’s 300,000-word survey, Australia in the Victorian Age, won the first Barbara Ramsden Award for writing.

In 1978 Cannon was commissioned by the Public Record Office of Victoria to begin research into Victoria’s early years of European settlement. This culminated in the publication of the unique nine-volume Historical Records of Victoria between 1981 and 2002. In recognition of his years of writing and publishing, Cannon was presented with the Australia Council’s Emeritus award by Prime Minister Paul Keating in 1996.

Two years later Cannon completed his last major work, the ‘inside story’ of law firm Slater and Gordon. He then bought a farm near Foster in South Gippsland (off Amey’s Track), where he spent 10 years planting thousands of native trees and restoring the environment to its original bushland, before retiring to Inverloch at age 80.

Cannon’s personal papers are held in the National Library of Australia, and his research papers at the Royal Historical Association of Victoria. He is survived by four children, Paul, Sarah, James and Patrick, numerous grandchildren and his sister, Dina Monks.

Cannon’s memoir Cannon Fire: A Life in Print will be published by Melbourne University Publishing in September.