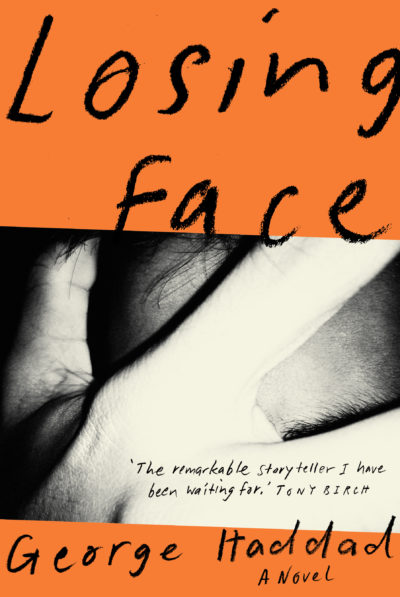 Following the success of his 2016 Viva La Novella Prize–winning Populate or Perish, George Haddad’s Losing Face is an expansive work written in a staunch voice. Fusing the diverse experiences of the members of an intergenerational Lebanese-Australian family in a sprawling narrative, the novel showcases the writer’s continuing interest in the themes of masculinity and class consciousness in modern Australia. Told largely from the perspective of youthful protagonist Joey, Losing Face is underpinned by an astute racial and political awareness, written in the long shadow of the 2000 Skaf trials and the lingering hysteria around stereotypes of hyper-sexualised, predatory Lebanese-Australian men. The story is also sharp and comic in its observations of the upward mobility of Western Sydney, with its vast McMansions and Range Rovers, where ‘sometimes the cars looked bigger than the actual houses’. The contemporary challenge of queerness and the gay experience in conservative Arab communities is explored with subtle charm, depicting the blurred line between friendship and desire. Worlds collide in this novel: the values of older migrants with those of their children, the pressure of deference with the longing for freedom, hipness versus authenticity. All this suffuses the writing with an urgency and tension that makes it sizzle on the page. Reminiscent of Christos Tsiolkas’s storytelling, Losing Face is captivating Australian fiction, reflecting on and humanising the fraught discourse about Arab-Australian manhood in Australia today.

Daniel Nour is an Egyptian–Australian journalist and writer. Read his interview with George Haddad on Losing Face here.