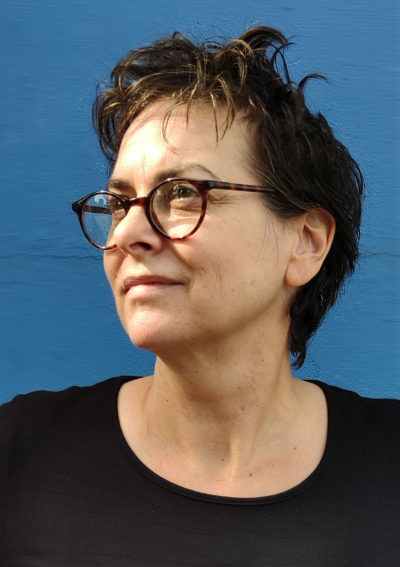 Born and raised in Melbourne, Victoria, Albiston studied music at the Victorian College of the Arts and received a Doctorate in English from La Trobe University. With a career spanning over 25 years, Albiston was the author of 17 books.

Her first poetry collection Nervous Arcs (Spinifex) won the Mary Gilmore Award, and her fourth The Sonnet According to M (John Leonard Press) was awarded the Kenneth Slessor Prize for Poetry at the 2010 NSW Premier’s Literary Awards. In 2019, Albiston won the Patrick White Award for her contribution to Australian literature.

Albiston was a finalist for the 2021 Melbourne Prize for Literature, and her most recent collection Fifteeners (Puncher & Wattmann), posthumously won the John Bray Poetry Award in the 2022 Adelaide Festival Awards for Literature.

‘Jordie Albiston, who died suddenly at the age of 60 on February 28, will be remembered as one of Australia’s great poets. During her career she published 13 poetry collections, three poetry collections for children and a poetry textbook, which is widely used.

‘She pioneered the documentary form in Australian poetry with Botany Bay Document (1996) and The Hanging of Jean Lee (1998). Her landmark collection The Fall (2003) established her as a poet with a wide range, and also showcased her deep interest in form. This was furthered in virtuosic manner in Vertigo: A Cantata (2007), which was informed by her accomplished musicianship (Jordie studied at The Victorian College of the Arts, specialising in flute) in a highly innovative way, and The Sonnet According to M (2009), in which her interest in the sonnet form was played out to a highly inventive degree. Her work was bold, brave, and continually broke new ground, often in playful ways, but always brilliant.

‘She was a modest and unassuming person and was deeply uncomfortable being the centre of attention, completely withdrawing from public events in the last few years. She was deeply generous to other poets’ work and was a mentor to, and supporter of, many emerging poets. Her Selected Poems will be published by Puncher & Wattmann later this year and will include poems from the several manuscripts she was working on at the time of her death. She is survived by her husband Andy, children Jess and Caleb, and their partners and grandchildren.’

Poet and critic Thuy On of ArtsHub writes:

‘She was a disciplinarian in her craft, an elegant classicist who nonetheless knew how to bend and break the many constricting rules of rhyme, metre and line space for resonance and impact. Throughout her entire oeuvre, the reader bears witness to Albiston’s nuance and sensitivity and sees how her musical background reveals itself in cadenced lyrics. Her flair for experimentation meant that no new book resembled the previous effort.

‘Through her biographical narrative pieces, Albiston touched upon historical events, re-imagining the stories of the last woman hanged in Victoria, the women settlers of Port Jackson and Botany Bay, WWI soldiers in Victoria and an Antarctic adventurer. But Albiston also looked inwardly and reflected upon perennial, evergreen themes of domesticity, desire, and loss set in contemporary times.

‘Her febrile interest in mathematics and chemistry meant that her poetry was often exacting in its form. As for their contents—it’s impossible to pin down her interests. How can one do that for a poet who roamed so freely? Who else but Albiston could harness the periodic table as a trope to explore the fundamentals of love?

‘Aside from her plying her writing skills, Albiston was also a manuscript assessor, proof-reader, editor and mentor. There’s been a chorus from fellow poets on social media lauding her work and from others whose careers she has nurtured over the years.’