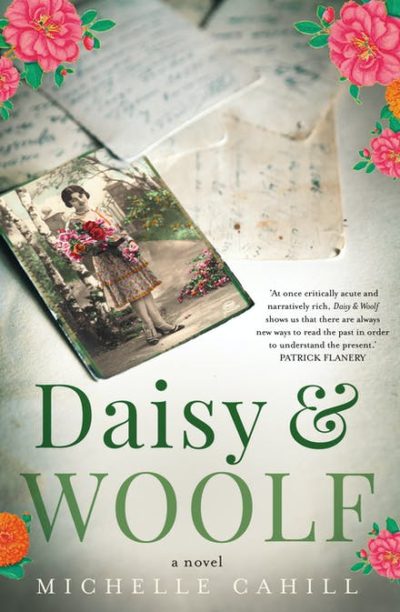 Michelle Cahill’s debut novel tells the story of a struggling writer, Mina, as she expands upon the often disregarded character Daisy Simmons from Virginia Woolf’s Mrs Dalloway. Daisy & Woolf follows in the tradition of Jean Rhys’s exploration of Charlotte Brontë’s Bertha in Wide Sargasso Sea, with Cahill’s protagonist endeavouring to write Daisy as a three-dimensional character in contrast to the fleeting mentions of her given in the source material. Mina’s research takes her around the world despite her dwindling funds and increasingly precarious footing in her own life. Although written in response to Mrs Dalloway, Cahill’s novel critiques Woolf’s white feminism and the racist judgements evident in her work, and how these led her to ‘slay’ Daisy in the novel. Cahill also goes further, criticising the publishing industry at large, with Mina condemning the industry’s tendency to focus on novels such as her own as symbols of resilience, rather than simply examining characters like Daisy in their own right. In taking on the unknown world and life of Daisy from the perspective of a writer from a similar ethnic background, Cahill organically includes discussion around the pressures faced by writers of colour and how ‘the voice of whoever speaks determines the storytelling’. Entangling the queer subtext of Mrs Dalloway with both Mina and Daisy’s lives, Daisy & Woolf also expertly parallels the nuances of Woolf’s life and work. Told in a mix of alternating epistolary and stream-of-consciousness formats, this novel will appeal to lovers of Virginia Woolf and The Hours, as well as anyone interested in the art of writing.

Marina Sano is a bookseller and owner of Amplify Bookstore.