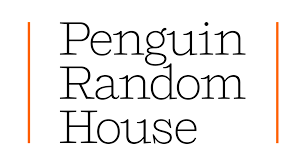 Penguin Random House (PRH) has recorded a 9.2% profit growth on a 6% revenue rise in 2021, as reported by parent company Bertelsmann.

Revenue grew ‘in all territories’, while EBITDA growth was driven by the US business, ‘numerous successful new releases’, ‘robust’ backlist sales and sustained audio growth. The US accounted for the majority of sales by region (56.5%), ahead of the UK (11.8%) and Germany (6.9%).

Bertelsmann said PRH, which improved its profit margin from 18.2% to 18.7% in 2021, ‘continued its investments in distribution and fulfilment logistics in 2021’. ‘This enabled PRH to meet rising demands for its titles despite significant pandemic related production and delivery bottlenecks, while at the same time offering more efficient delivery times to book retailers.’

PRH also advanced its ‘capturing of consumer data in order to expand its direct-to-consumer marketing’.

Regarding PRH’s proposed acquisition of Simon & Schuster, Bertelsmann noted the deal is still pending approval by US antitrust authorities. As previously reported by Books+Publishing, in November last year the Department of Justice filed a suit to block the acquisition, arguing it would ‘result in substantial harm to authors’.