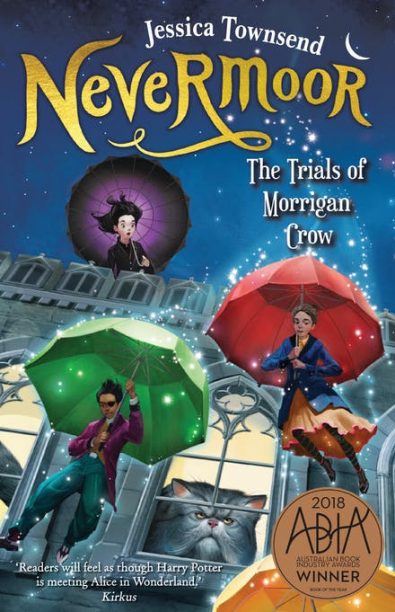 ‘Nevermoor’ to be adapted as musical film

Jessica Townsend’s 2017 middle-grade novel Nevermoor: The Trials of Morrigan Crow (Lothian) has been acquired by Paramount Pictures to be adapated as a film musical, reports Deadline.

The musical adaptation of Nevermoor, Townsend’s debut novel and the first in the ‘Nevermoor’ series, will be directed by Australian Michael Gracey, best known for directing the 2017 film The Greatest Showman.

As previously reported, US screenwriter, director and producer Drew Goddard was announced as the writer and producer of the Nevermoor film adaptation, which was originally optioned by Twentieth Century Fox. Gracey is creating original music for the film, with Goddard adapting and producing alongside Sarah Esberg via Goddard’s production company Goddard Textiles.

Of the musical adaptation of Nevermoor, Townsend tweeted: ‘I actually cannot describe how much it means to me to have an Australian directing this film, and a musical version no less.’

The third book in the ‘Nevermoor’ series, Hollowpox, was published in 2020, while Hachette announced it had signed three more books in the series in 2019.