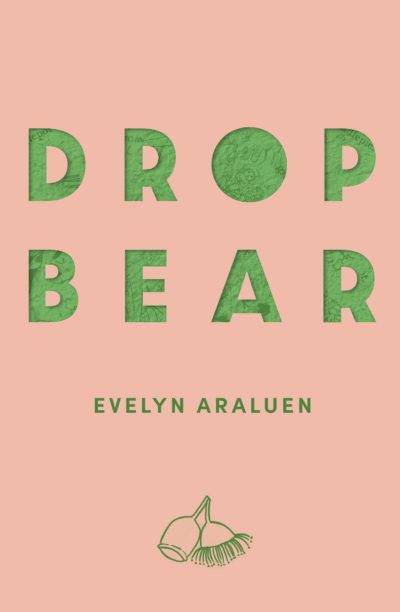 Evelyn Araluen has won the 2022 Stella Prize for Dropbear (UQP), the first time a poetry collection has won the award.

In the prize’s 10th year, Araluen receives an additional $10,000 on top of the usual cash prize of $50,000, bringing the 2022 winner’s total prize money to $60,000 in recognition of Stella reaching its endowment target of $3 million, which will secure prize money for the annual Stella Prize in perpetuity.

The 2022 Stella Prize judges described the winning book as ‘a breathtaking collection of poetry and short prose which arrests key icons of mainstream Australian culture and turns them inside out, with malice aforethought’. According to the judges, in Dropbear, ‘Araluen’s brilliance sizzles when she goes on the attack against the kitsch and the cuddly: against Australia’s fantasy of its own racial and environmental innocence.’

Chair of judges Melissa Lucashenko said, ‘Dropbear is remarkably assured for a debut poetry collection, and I think we can safely say it announces the arrival of a stunning new talent to Australian literature.

‘Like the namesake of its title, this collection is simultaneously comical and dangerous. If you live here and don’t acquire the necessary local knowledge, the drop bear might definitely getcha! But for those initiated in its mysteries, the drop bear is a playful beast, a prank, a riddle, a challenge, and a game.’

This year, the Stella Prize expanded its eligibility rules to include single-authored poetry collections; Dropbear was chosen from a shortlist of six that included three works of poetry.

‘Winning the Stella Prize is literally a dream come true,’ said Araluen. ‘I’ve been following the prize for years—for the length of my own writing aspirations. I hoped that one day I’d be able to write a novel good enough to be considered, and when I wrote Dropbear I never imagined it would be considered for such a celebrated award.’

Araluen’s criticism, fiction and poetry have been awarded the Nakata Brophy Prize for Young Indigenous Writers, the Judith Wright Poetry Prize, a Wheeler Centre Next Chapter Fellowship and a Neilma Sidney Literary Travel Fund grant, and in 2021 she was awarded the Melbourne Prize for Literature’s Professional Development Award.

In celebration of 10 years of the Stella Prize, the winner was announced at a gala event at State Library Victoria hosted by actor Claudia Karvan, one of five judges for the inaugural prize in 2013.

The winner of last year’s Stella Prize was Evie Wyld for her novel The Bass Rock (Penguin). For more information about this year’s winner and shortlist, see the Stella website.