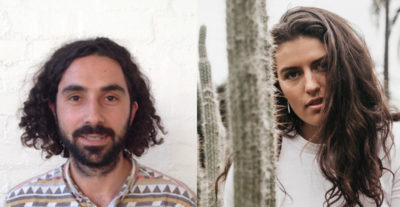 Writer, bookseller and co-founder of Vre Books Ender Baskan won the $6000 Judith Wright Poetry Prize for outstanding poetry from new and emerging writers. His winning work, ‘are you ready poem’, is described by Overland as ‘a rallying cry for artists and writers to make something dangerous and start an artists and writers league as a radical alternative to precarity and professionalisation’.

Baskan was chosen from a shortlist of eight announced last month. Second place ($2000) went to Gareth Morgan for ‘the national debt’ and third place ($500) went to Lillian Rupcic for ‘stones’.

Writer and poet Saraid Taylor won the $5000 Neilma Sidney Short Story Prize for ‘the labeller’, about a young athlete who uses a gift from her aunt to tame the world around her.

Taylor was chosen from a shortlist of eight as the winner of the prize, which seeks ‘powerful and original’ short fiction themed loosely around the notion of travel. The two runners up for the prize, who each receive $750, are Miriam Webster for ‘New Directions in Anthropomorphism’ and Mikee Donato Sto Domingo for ‘Bite the Hand’.

For more information about the prizes see the Overland website.