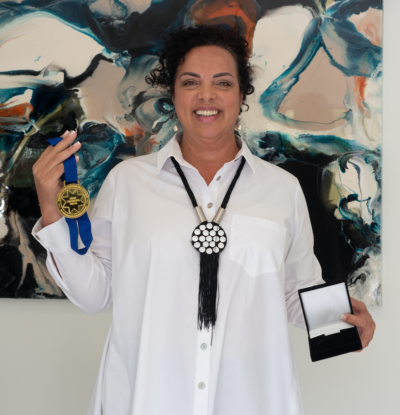 The Institute of Professional Editors (IPEd) has announced Geelong-based writer, editor, researcher and trainer Renée Otmar as the winner of the the 2022 Janet Mackenzie Medal for services to editing.

Throughout her 30-year career, Otmar has worked as an editor, senior editor and managing editor, in-house and freelance. Since 2009 she has developed a research career in public health, in parallel with her editing and coaching work. She has also served as a director of Life Stories Australia and, since 2013, as a researcher member of two human research ethics committees.

‘Aside from her exemplary professional career in editing, writing and training, Renée has made an outstanding contribution to IPEd and the editing profession over the past 30 years,’ said Editors Victoria director Lan Wang.

Otmar’s achievements include serving as president of Editors Victoria three times, serving as an IPEd director twice, being the founding chair of the Standing Committee on Academic Editing, and helping to establish IPEd’s accreditation scheme and being its lead exam assessor since 2008.

‘I’ve always felt a strong affinity with Janet’s approach to editing, and her sensibility and interest in social justice and environmental conservation, as well as her extraordinary pragmatism,’ Otmar said. ‘Janet encouraged us to uphold high professional and ethical standards, and to keep ourselves accountable to them. And so, that IPEd has established this award in her honour and for me to be honoured as a recipient of the Janet Mackenzie Medal, really means the world to me.’

The winner of last year’s medal was Edwin (Ted) Briggs.